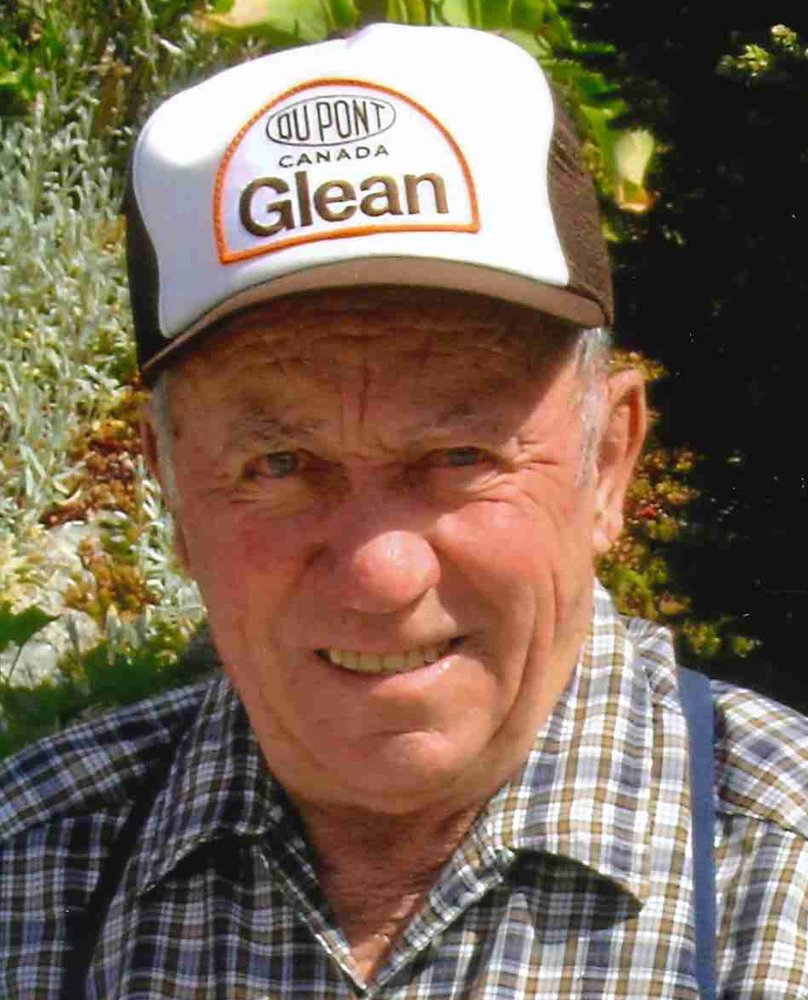 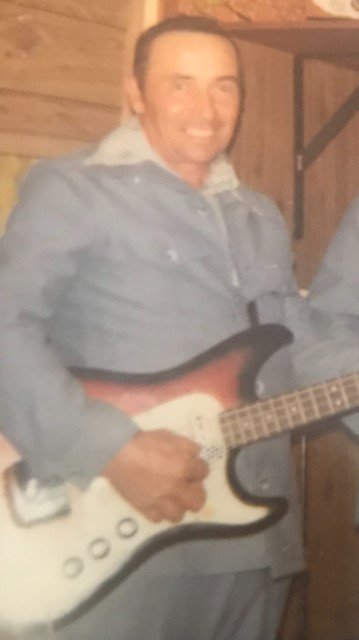 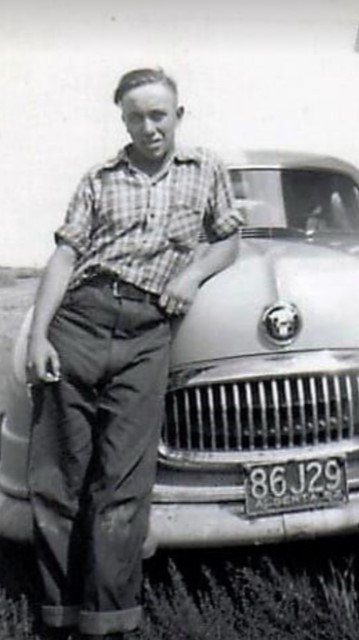 Please share a memory of Donnie to include in a keepsake book for family and friends.
View Tribute Book
Loving husband, father, grandfather, great-grandfather, brother, uncle and godfather, Donald Michael Pfeffer, born June 16, 1930, went on his final journey to be with the Lord on February 18, 2021, in Daysland, Alberta at the age of 90 years. Donald (Donnie), the youngest child born to John & Cecile (Zimmel) Pfeffer, was born on June 16, 1930 at Galahad, Alberta and raised on his parents homestead farm south of Strome, Alberta. He is survived by the love of his life for 65 years, Mary Ann (Gau). They were united in marriage on June 16, 1955 and settled on their own farm near Strome in 1961. This union was blessed with 8 children, Audrey Anderson of Kelowna, BC, Dennis (Mary) Pfeffer of Edmonton, Carol (Jim) Wojciechowski of Red Deer, Adele Pfeffer of Daysland, Joan Stone of Wimborne, AB, a predeceased infant son, Gloria (Eric) Klein of Strome, and Violet (Ken) LaFantaisie of Daysland, 15 grandchildren, 8 great grandchildren and 1 soon to arrive. A special person in Donald’s life was his former farm hand and longtime friend, Bob (Debra) Scheelar of Duncan, BC. Donnie is survived by his sister Marcella (Leonard) Schulte. Donnie was predeceased by his parent's, John and Cecile Pfeffer, in-laws, Anthony and Frances Gau and sisters Matilda (William) Feddema, Irene Pfeffer, Evelyn (Francis) Blaeser, and brother Darrel (Maureen) Pfeffer. Donnie was a hard working and successful farmer for 30 years. He also worked as an occasional mechanic for Killam Farm Equipment and volunteered on the Strome Seed Cleaning Plant Board for many years. He was actively involved with the National Farmers Union while building the family farm operation. Donald and Mary Ann moved from the farm in 1991 into a home in Strome and from there, to Providence Place in Daysland in 2006. He was an honorary and dedicated member of the Knights of Columbus (Council # 4008) for 67 years. Donnie enjoyed travelling and made numerous trips to the USA to visit beloved cousins and for winter excursions in Arizona to escape the Alberta winter cold. There were a number of family holidays to different areas of Alberta and British Columbia. One of his greatest enjoyments was his love of country music, including his involvement with the bands Mr. Banjo and the Homesteaders and Al’s Hayriders. In addition, there were multiple random jam sessions with friends, locally and during his visits to Arizona. He was an avid curler in his younger years and later enjoyed watch curling on TV in his suite at Providence. He also enjoyed playing cards and floor curling with friends at the Strome Drop-In Centre and Daysland Sunbeam Drop-In Centre. The Family of Donnie would like to thank the staff at Providence Place and Daysland Healthcare Centre for their dedication and help to Donnie over the years. A private family Funeral Mass will be held on February 25, 2021 at Our Lady of the Prairies Catholic Church in Daysland, Alberta. The service will be recorded and a link will be available to view the service on February 26, 2021. To request the Link please email at feeandsonsfuneral@gmail.com Memorial donations can be made to Providence Place, Daysland, Alberta; the local council of the Knights of Columbus - #4008 and the Alberta Cancer Foundation. You've Gone Home Dad you've had an amazing life of 90 years. It's now our time to shed some tears. A husband, father, grandpa and more. You were the man that we all adore. So much laughter and love you shared. We were blessed to have a father who truly cared. The last few years were filled with much pain. Your fight is over in heaven you remain. Dad we love you and thank you for all of your love. We know you'll watch over us from above. You're in our hearts forever more. It's time for you to open heaven's door. Like a flower in the meadow a beautiful place for you to roam. It's sad to say good-bye we know you've gone home. God please take care of this man we all love. He's with you now and he will shine from above! Love You Dad! Joan Feb. 18/2021

Share Your Memory of
Donnie
Upload Your Memory View All Memories
Be the first to upload a memory!
Share A Memory