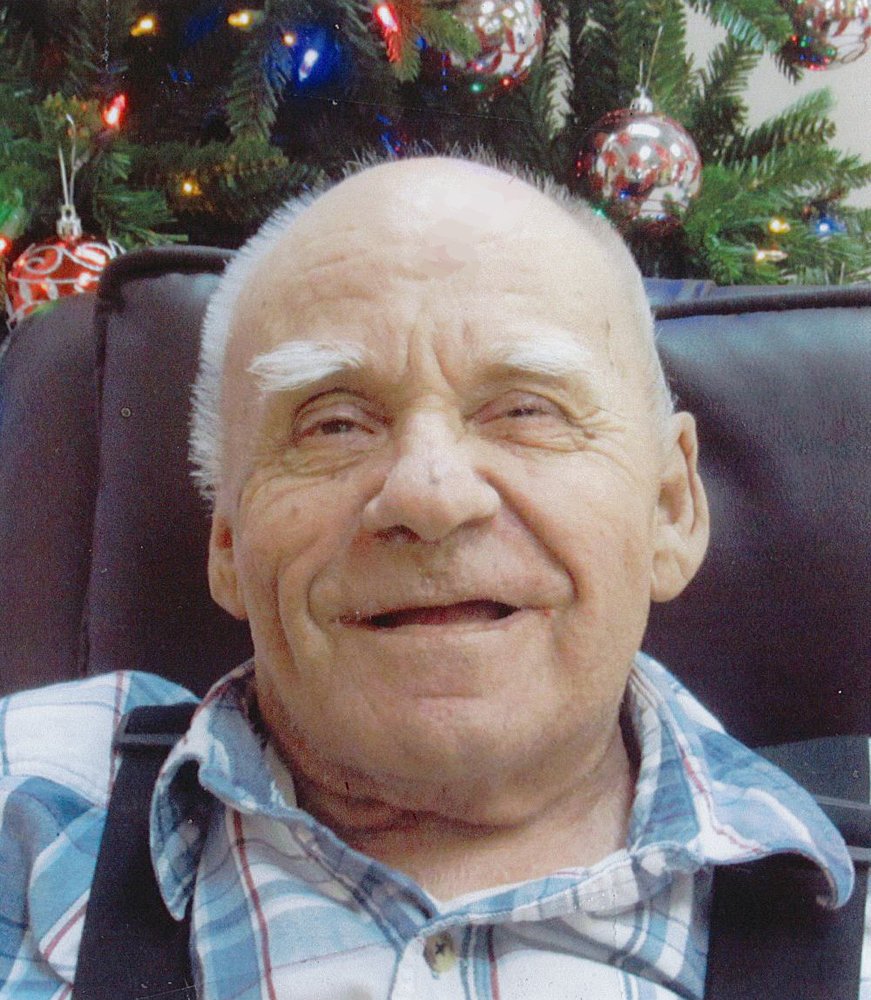 Please share a memory of Gordie to include in a keepsake book for family and friends.
View Tribute Book

The family moved around a bit with Chris’s job on the railroad, until they settled in Killam, AB in 1944. Here Gordie found a home in Killam, and Killam found a #1 Fan in Gordie.

Gordie became an energetic worker on the hockey arena project. In February 1961, Killam had a Grand Opening of the New Arena. Once the ribbon was cut and the arena was officially open, Gordie dropped the puck to start the hockey game and was given the puck as a keepsake.

Gordie continued supporting and never missed an event in Killam. The Complex where “Girls skated” and “Boys played Hockey” had swimming and bowling and of course coffee all summer. The Rodeo and Parade kept Gordie hopping and then every September his birthday and the ICE went in!!

The Pool hall was a big part of Gordie as well. Gordie played many pool table card games and pool table dice games. Sometimes ending up with 5 of the same card….imagine that! All would be celebrated later over a coffee and discussions about his 1600 girlfriends.

Gordie would casually mention his picture in the arena, being Voted “Small Town Hero” and the dedication at the skate park. He really was Killam’s #1 Fan.

Thank you to all Gordie’s friends that took him to coffee mornings and afternoons. He was teased by the “Guys”, but he gave it back as good as he got it. Thank you to all his caregivers and to everyone that stopped in to see him.

Gordie’s smile and laughter will be missed, but not forgotten. Please post your comments and memories here for all to share. They will bring a smile and a tear to each of us.

A Graveside service was held for Gordie on August 24, 2022 at 11:00 am at the Killam Cemetery. Fellowship and refreshments will follow the srevice at the Killam Senior Centre, all are welcome to attend.

Memorial donations in memory of Gordie can be made to the Killam Arena (Killam Recreation Board), c/o Town of Killam Box 189 Killam, AB T0B 2L0.

Share Your Memory of
Gordie
Upload Your Memory View All Memories
Be the first to upload a memory!
Share A Memory