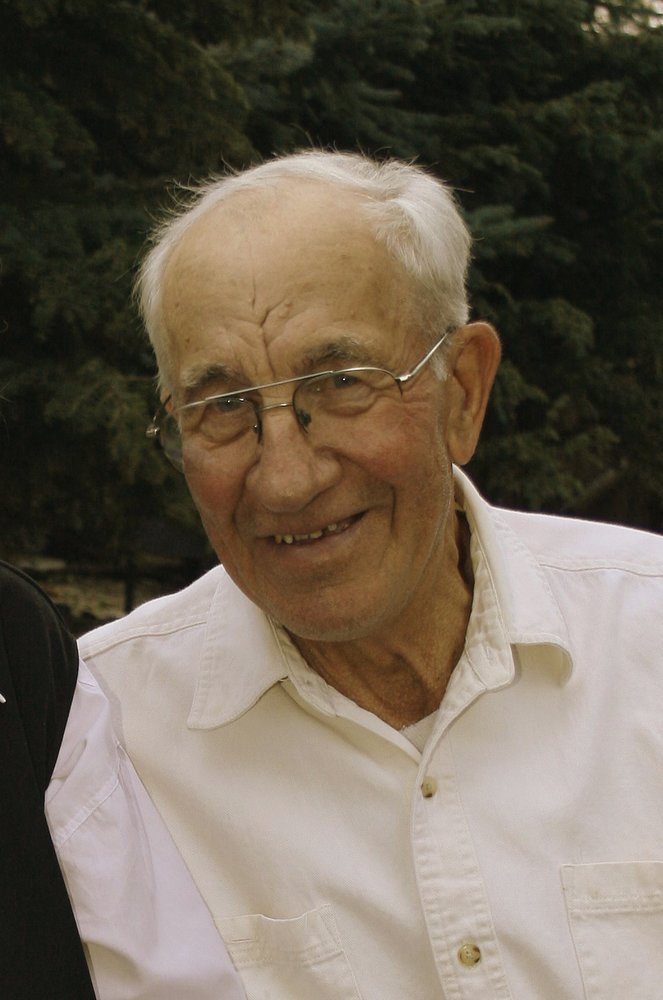 Please share a memory of Bill to include in a keepsake book for family and friends.
View Tribute Book
William (Bill) Kmet was born to Michael and Molly Kmet at Therien, Alberta on January 1, 1932 and passed away at the Viking Extendicare on June 26, 2020 at the age of 88 years. Bill moved to the Strome area with his family and bought farmland. He met Donnie Groshko and was soon married on December 4, 1964 in Holden, Alberta. Bill loved all aspects of farm life from springtime seeding, calving, haying, and the busy time of harvesting. Bill would always find time to attend local farm sales. Not necessarily to buy anything but to visit with the locals. He found pleasure in having his grandchildren nearby. Darcy would always be at the shop to help fix machinery and then when Darcy was old enough to drive, he became “papa’s” chauffeur. He is survived by his daughter Lorilee (Russell) Caton, two grandchildren Darcy and Amanda Caton, his brother Walter (Sylvia) Kmet, and numerous nieces and nephews. Bill was predeceased by his wife Donnie, his sister Mary (John) Mrychko, and his parents Michael and Molly Kmet. Due to the COVID-19 restrictions, a private service will be held. Memorial donations in memory of Bill may be made to a charity of the donor’s choice.