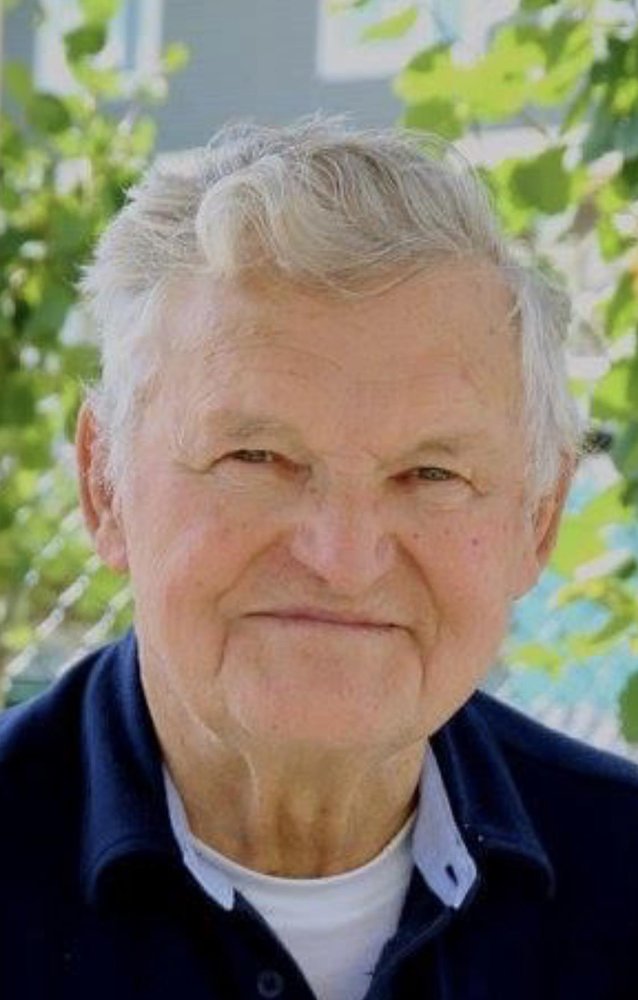 Roy Kells was born in Hardisty, Alberta on December 31, 1930, and passed away on June 8, 2020, at the Wainwright Hospital at the age of 89. He leaves to mourn four children: Karen Smith of Kerrobert, Cliff (Julie) Kells of Hardisty, Judy (Trent) Clark of Mannville, and Tim Kells of Hardisty; His nine grandchildren: Lyndsay (Kurt) Neumeier, Kathryn (Cory) Stuart, Garrett Smith, Ian (Courtney) Clark, Brian (Kirsten) Clark, Dylan (Amanda) Clark, Jonathan Kells (Rhyleigh), Kaitlyn Kells (Tristan), and Rene Kells (aka Boo); As well as his ten great-grandchildren, special family friends Deb Harrison, and Gary Smith, sister-in-law Grace Kells, Beth’s sisters Donna (Doug) Wold, Mary (Al) Wood, Jessie (Keith) Gilmour, Nancy Bateman (Gerald Price) and numerous nieces and nephews. He is predeceased by his parents Robert and Lottie Kells, his brothers John, Les, and Norman, as well as his sisters Vivian, Leona, and Virgie; His brothers-in-law: Bruce Wilke, Jack Hampshire, Clifford Kjos, and Scottie Patterson; His sisters-in-law: Laura Kells and Ruby Kells. Roy lived all his life in the Hardisty area and attended school in the Beehive area and completed high school in Sedgewick in 1949. He took over the family farm and enjoyed his years of farming. He married the love of his life, Beth Bainbridge, in July of 1958. They had four children together and enjoyed raising their children on the farm. In later years he delivered rural mail until his retirement. He was a loving and supportive family man and gentleman farmer. He loved life and family. He enjoyed many fishing and hunting trips with friends and family and enjoyed many vacations with his brother Les and sister-in-law Ruby and his older brother Norman and sister-in-law Laura. Following retirement, Roy and Beth bought a house in Hardisty in 1997 where they lived until February of 2013 when they moved to Points West in Wainwright. Beth passed away in September of 2015 and Roy continued to live there until his passing. Roy will be missed by all that knew him. He had a gentle and humble nature to him and always had a kind word for everyone. A small funeral service was held due to COVID-19 restrictions at Hardisty Hall on June 13th with Reverend Stephen Haughland officiating and he was buried at the Hardisty Cemetery along with Beth’s ashes. The family would like to thank everyone for their condolences, cards, letters, and phone calls during this sad time in our lives. As well as all the staff at Points West for their care of both Roy and Beth in their last few years. An extended thank-you to Fee & Sons, Reverend Stephen Haughland, and Wainwright Hospital staff during Roy’s passing. Memorial donations may be made to the charity of the donor’s choice.

Share Your Memory of
Roy
Upload Your Memory View All Memories
Be the first to upload a memory!
Share A Memory