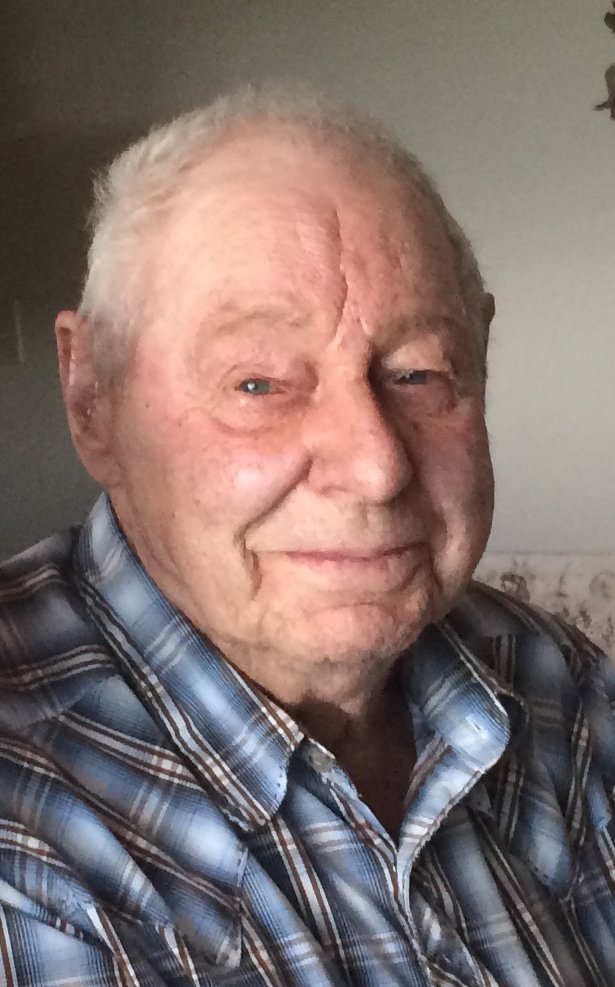 Please share a memory of Cliff to include in a keepsake book for family and friends.
View Tribute Book
Clifford Edward Cookson was born May 28, 1926 to William (Bill) and Dorothy (Dolly) Cookson at the family farm and passed away peacefully on April 17th, 2020 at the Hardisty Health Care Centre at the age of 93. Cliff spent his youth on the farm helping with all the farming chores and going to school at Park Hill. In his early adult years, he did various jobs, he tried being a Lumberjack, Chauffer, Livestock Hauler, various other trades that he gained experiences and friends. He found that he missed the farm and came home to Lougheed to help his family on the farm. He met Edith Johnson at a dance and they married on November 7, 1959. They had three children, Rose, William, and Iris. They stayed on the family farm and raised purebred cattle and award-winning wheat. Over the years, extra land was purchased and many hours were spent farming. In 1981 they built a new home on the east side of the home quarter and moved there enjoying the view, endless visits with family and friends. Cliff and Edith had an accident in 2009 that left them with burns, but they managed to continue at home and were able to work in their orchard, help with the farm, spending time in town at the Seniors Centre playing cards and floor curling. In 2014 Cliff suffered a stroke. After rehabilitation, Cliff managed to go home again and enjoyed the quieter life of family visits, card games, and friends. Cliff had developed diabetes which became harder to manage and in 2018 he suffered health issues that led him to move into long term care, first Killam Health Care Centre and then Hardisty Care Centre. He enjoyed the staff in both facilities and met old and new friends. Cliff was always known for his big smile and playful pranks. He will be dearly missed by his family and friends. Special thanks to all of the staff that took exceptional care of Cliff and helped through this difficult time. Those who made it easier for him to be away from us, you are so special, we can’t thank you enough. Cliff is survived by his wife of 60 years Edith, daughters Rose (Ruben) Adam, Iris (Andrew) Williams, Grandchildren Pamela Dee (Chris), Roeland Dee, Shawn Dee, Justin (Lisa) Williams and Stacey Williams (Gordie) along with 5 great-grandchildren, Damion, Jordynn, Mason, Brooklyn, and Tyler. He was happily waiting on the arrival of a 6th great-grandchild. Cliff was predeceased in death by son William, parents Dolly and Bill sister Winnifred (Mickey) brother Horace and numerous family and friends. Please know at this time of social distancing we appreciate your calls and messages. Cliff’s wishes were cremation, and he did not wish to have a funeral. Please, in lieu of flowers, memorial donations can be made to the Hardisty General Hospital Auxiliary Guild P.O. Box 661 Hardisty Ab T0B 1V0, the Lougheed Seniors Club and the Lougheed Cemetery or a Charity Donor’s choice.

Share Your Memory of
Cliff
Upload Your Memory View All Memories
Be the first to upload a memory!
Share A Memory