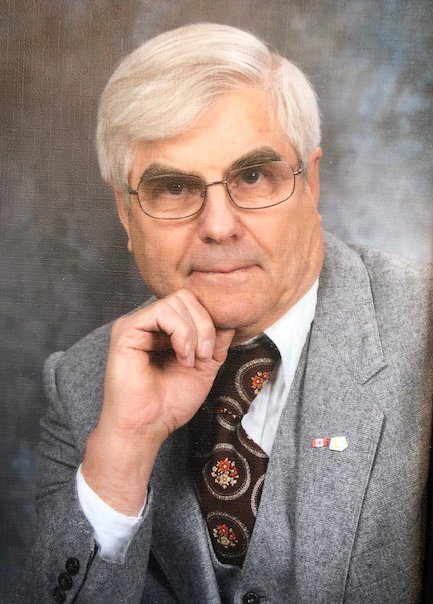 Please share a memory of George to include in a keepsake book for family and friends.
View Tribute Book
George Allen Hagen, age 81, formerly of Sedgewick passed away peacefully on March 21, 2020. George was born north of Viking to Sander and Annie Hagen on March 21, 1939. He attended Sunlight country school. He married Marcia (Bone) on April 24, 1965 at Bethania Lutheran Church. George worked on the rigs for a few years. He then worked as a Caterpillar operator with Bane Brother’s Construction and later with the County of Flagstaff. Around 1965 he started farming and by 1974 he was a full-time grain farmer. George is preceded in death by his parents, Sander Hagen 1974, and Annie McBride 2005 as well as his brothers, Edward Hagen 2001, and Eric Hagen 2011. George is lovingly remembered by his children, Denise and Bill Peters, (Aleze, Ayden), Jordy Hagen, (Hannah, Liam, Whitfield, Rhett), Trudy and Murray Macleod, (Angus, Jake, Rowan). His brother Doug Hagen (Debbie), sisters Marjorie Teise, Sharon Stepchuk, and Amelia Cartier and sisters-in-law Ina Hagen and Christal Hagen as well as numerous nieces and nephews. The family of George wishes to extend our sincere thanks to Emergency Services of Flagstaff, Dr. Hanton, Constable Mariane Marin RCMP and Fee & Son’s. Celebration of life to be held at a later date.

Share Your Memory of
George
Upload Your Memory View All Memories
Be the first to upload a memory!
Share A Memory