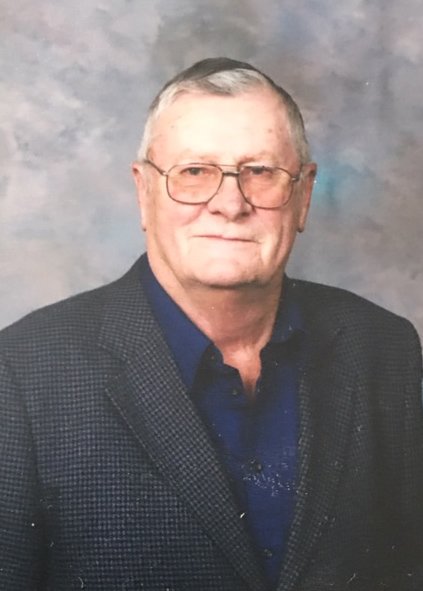 Please share a memory of Jay to include in a keepsake book for family and friends.
View Tribute Book
Jay Prichard was born in Edmonton Alberta on June 13, 1944 to Wayne and Ruth Prichard. Jay was raised on the family farm north of Strome with his 2 brothers David and Fred. Jay married Lois Blaeser on March 27, 1967 and to this union they had 3 sons, Murray, Merlin, and Vaughn. Jay was the local plumber for 46 years and in his off-hours, he was always willing to lend a hand wherever needed. He was a big part of the Killam Community, serving the community on Town council, the fire department and the Lions club. Jay loved his family and enjoyed taking his young family on camping outings and trips to see relatives. He would continue this tradition with his grandchildren which he was so very proud of. Jay had a knack for putting people at ease with conversation and storytelling, which made him the perfect companion for his buddies on hunting and fishing trips. Jay passed away at the Killam Health Centre on February 12, 2020 at the age of 75. Jay was predeceased by his son Merlin, parents Wayne and Ruth Prichard, brother Fred, nephew Gary Prichard and his father and mother-in-law John and Agnes Blaeser. Jay will be missed and lovingly remembered by his wife Lois of 52 years. Sons Murray (Stacie), Vaughn and grandchildren Jaida, Justin and Nicholas. Brother David (Jean), nephew Dan (Shelley), sister-in-law Brenda, nephew Trevor (Melanie), niece KariAnn (Grant), brother-in-law Jack (Laverne) niece Wendy (Mark), sister-in-law Martie Legear (Bob Hulburt), nieces Lori- Ann, Janelle (Kirk), Linette (Thom), and numerous great-nieces and nephews. Your Life was a Blessing, Your Memory a Treasure… You are Loved Beyond Words And Missed Beyond Measure Rest in peace Jay, Dad, and Grandpa A funeral service will be held at St. Joseph's Catholic Church, Killam on Wednesday, February 19, 2020 at 11:00 a.m. Memorial donations may be made to the Killam Cemetery, the Killam Community Hall or the donor's choice.

Share Your Memory of
Jay
Upload Your Memory View All Memories
Be the first to upload a memory!
Share A Memory