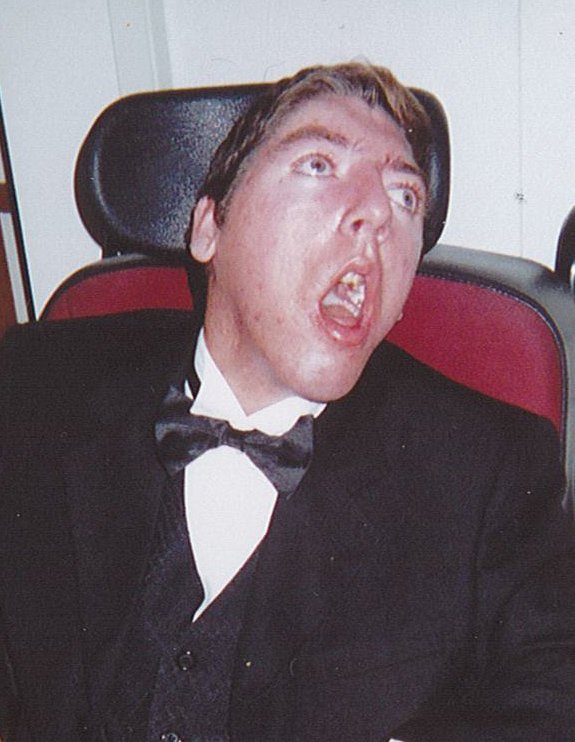 Please share a memory of Graham to include in a keepsake book for family and friends.
View Tribute Book
Graham Craig Moss, youngest son of Keith and Gayle Moss passed away peacefully at the Wainwright General Hospital on January 16, 2020. He developed complications after a struggle with pneumonia. Besides his mother and father, he leaves to mourn his loss his brothers Bradley and Michael, a sister-in-law Bridget, a niece Zaynah, nephew Zameer and numerous uncles, aunts, and cousins. Graham was born in Edmonton on October 25, 1985 and spent his first three years on the farm at Waskatenau, AB. He moved to Edmonton with his family in 1988 and thanks to early entrance began his education at Kirkness School. In 1992 Graham and his parents were on the move again setting up roots in Lloydminster, the Alberta city where he completed his elementary and junior high school education. He completed his high school education in Sedgewick when he and his folks moved there in 2001. Graham was born with many challenges but he tackled them willingly and with determination. He set an outstanding example for all of us. He loved the sensory stimulation that baking and horticulture provided winning many awards over the years at the Lougheed Fair. He always looked forward to participating in Farmer’s markets and Christmas craft sales. Building bird boxes and maintaining a bluebird trail also kept him busy. Graham’s life affected many of us. He taught us all patience and determination but most of all, the acceptance of all people with differing abilities. May he rest in peace. The family would like to thank Dr. Brilz and her colleagues and the nursing staff at the Wainwright Hospital. Special thanks also to the Wainwright Association for Community Living and their staff for the love and care they provided since he moved into their residence almost six years ago. A memorial service will be held at the Sedgewick Community Hall on Saturday, February 1, 2020 at 2:00 p.m. In lieu of flowers it is the wish of the family that donations be made to the Wainwright Association for Community Living 205 – 10 Street, Wainwright, AB T9W 1N7 or the GRIT Program (Getting Ready for Inclusion Today) 12852 – 141 Street, Edmonton, AB T5L 4N8.

Share Your Memory of
Graham
Upload Your Memory View All Memories
Be the first to upload a memory!
Share A Memory