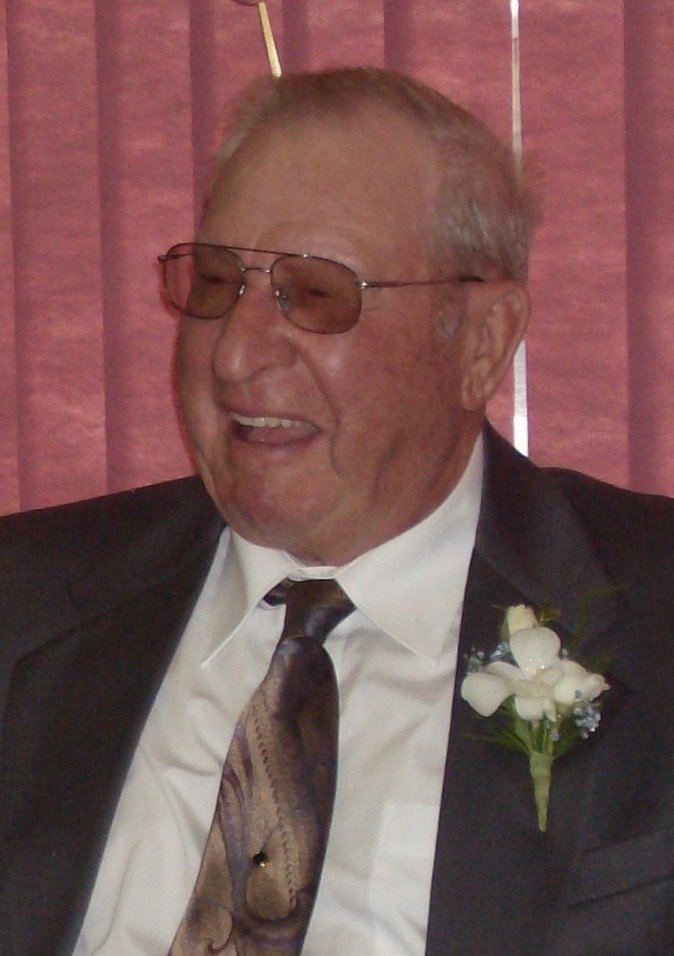 Please share a memory of Norbert to include in a keepsake book for family and friends.
View Tribute Book
Norbert Fleck passed away peacefully on January 15, 2020, with his family by his side at the age of 92 years. Norbert was born on February 1, 1927, in Rosenheim, Alberta to Joseph and Mary Eve Fleck. He moved to Killam where he started working as a farm hand for Jim and Eileen Kueber. During his time in Killam, he met Loyola Alvina Niehaus. The two were married in Strome on July 15, 1958. Norbert and Loyola started their marriage living in Killam then moving to Strome and Daysland. They eventually decided to move back to Killam where they raised their family of seven children. Norbert began working for the Department of Highways in 1966 until his retirement in 1992. He was also custodian for Our Lady of Fatima Catholic School in Killam for numerous years. Norbert and Loyola remained in their own home until the spring of 2019. He was very proud of his yard, his grandchildren and great-grandchildren. He enjoyed his annual fishing trips with family and attending the Ponoka Stampede. The annual Fleck Family Reunion was a highlight for him every year. Norbert is survived by his loving wife of 61 years Loyola, 7 children Ken (Brenda) of Killam, Edna (Ted) of Drumbo, Ontario, Calvin (Jodi) of Edmonton, Kathleen (Mark) of Edmonton, Connie (Don) of Sidney, BC, Sharon (Dennis) of Heisler, Maureen (Jason) of Sooke, BC; 13 grandchildren, 3 great-grandchildren and 3 sisters Rosemary, Ida, Marianne and 1 brother Leo. He was predeceased by his parents Joseph and Mary Eve, 4 brothers Nickodemus, Ray, Matt, and Nick, two sisters Marion and Leona, numerous brother and sister in laws. Mass of Christian Burial will be celebrated at 11:00 a.m. on Tuesday, January 21, 2020, at St. Joseph's Catholic Church, Killam. Memorial donations may be made to the Killam & District Health Care Foundation, the Killam Cemetery Association, the Alzheimer's Society or a charity of the donor's choice.

Share Your Memory of
Norbert
Upload Your Memory View All Memories
Be the first to upload a memory!
Share A Memory