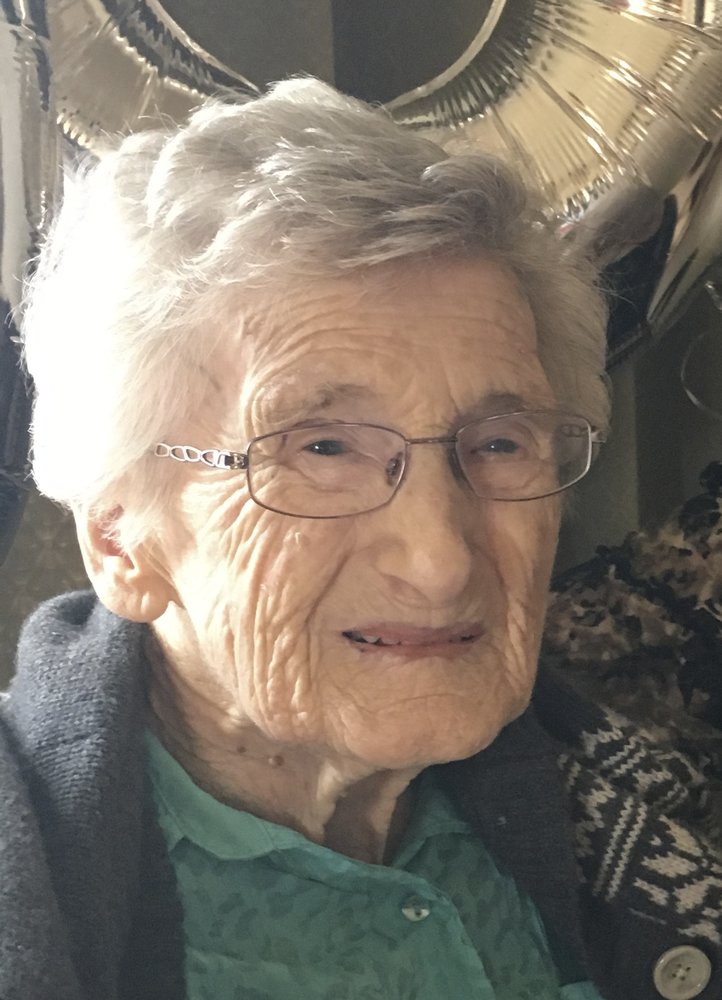 Evelyn Mae Hampshire was born to Albert and Elizabeth Marston on April 21, 1919 and passed away peacefully at Killam Continuing Care Centre on November 24, 2019 at the age of 100 years.

Mae was born in Sedgewick and attended school at Lawn Hill south-east of the Marston home.  Being close to the school meant that Mae and her brother hauled water and had the stove lit before school started during the winter, all done with horses.  During World War II she lived with relatives in Toronto, Ontario and worked for Campbell's Soups.  Upon her return to Sedgewick, she worked at Beairsto Bros Store.  In 1951 she married Maurice Hampshire and they farmed until his death in 1986.  She continued to live on the farm until she moved to the Flagstaff Lodge in Sedgewick in 2011.  Upon its closing, she resided in Providence Place, Daysland until moving to Killam Continuing Care Centre earlier this year.

Share Your Memory of
Mae
Upload Your Memory View All Memories
Be the first to upload a memory!
Share A Memory