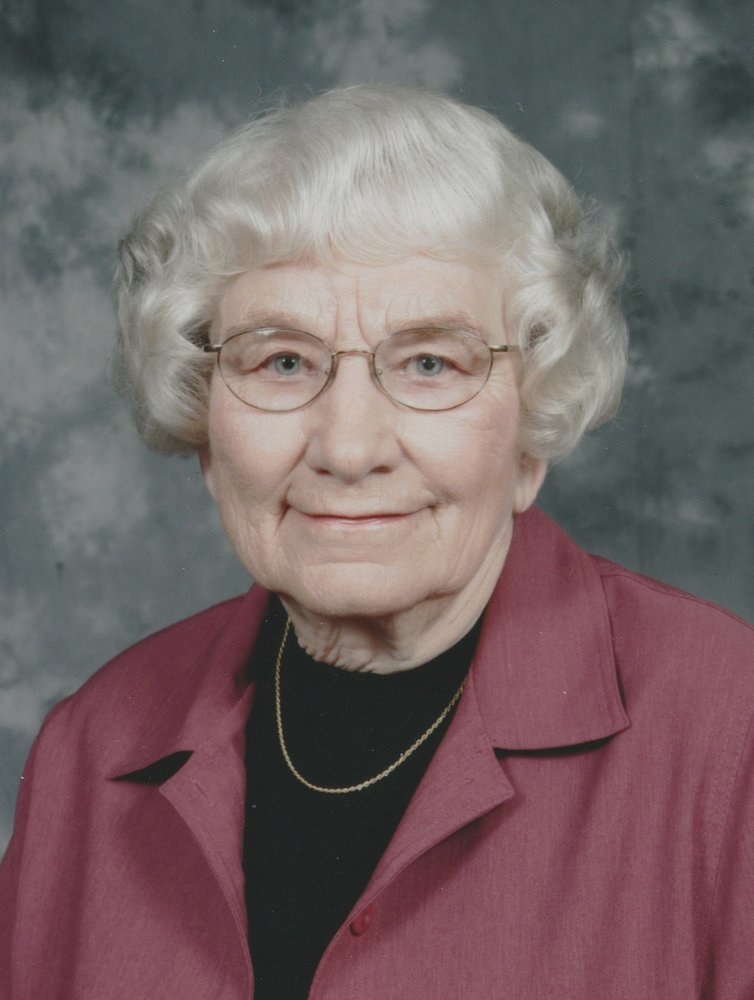 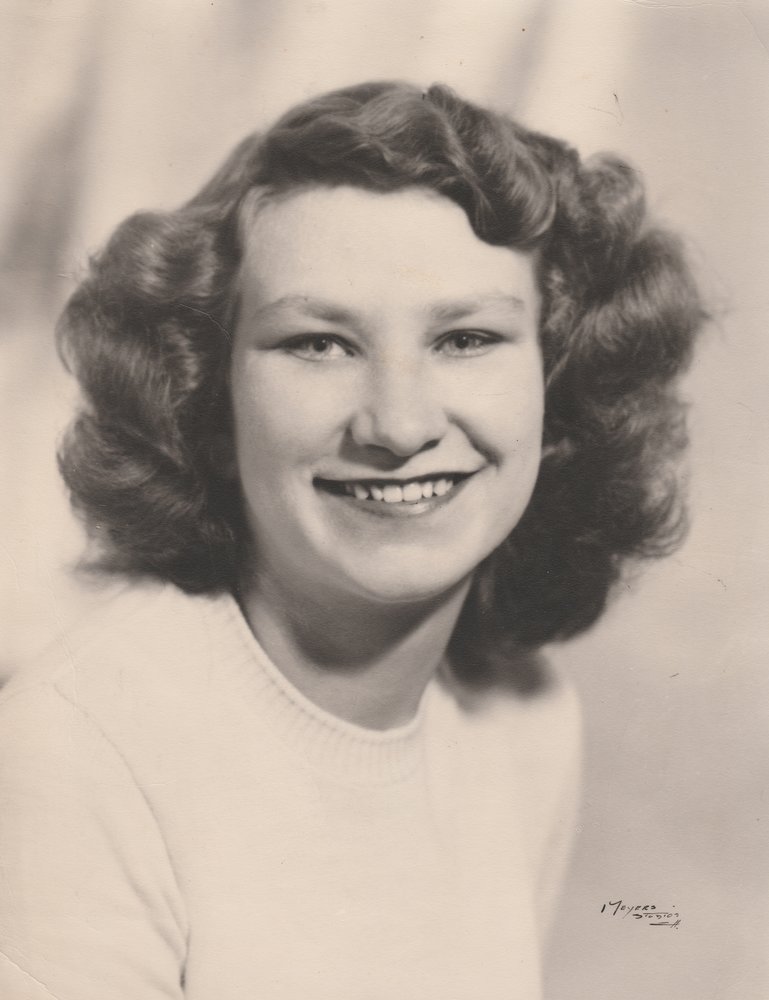 Irna Miriam Lunty passed away at the Daysland Hospital on June 12, 2019, at the age of 87. Irna was predeceased by husband Lindy, son Donald, grandson Mathew, her parents, and her seven siblings. She is survived by her son Douglas (Dianne), daughter-in-law Deb, grandchildren Kevin (Theresa), Susan (Wade), Steven (Michelle) and Shannon (Tyrone), as well as 10 great-grandchildren, Kurtis, Shawn, Elyssa, Luke, Brooke, Skyler, Marlee, Aaron, Micheal, and Finley.

Irna was the seventh of eight children born to George and Lydia Oldenborger at Neidpath, SK. on April 27th, 1932. In 1943 the family moved to Armstrong, BC, where Irna completed her high school education. Following graduation in 1949, she enrolled at Victoria Normal School, graduating the following June with an Elementary Teaching Certificate. In September 1950 Irna moved to Loos, BC (near McBride) to teach. Coincidently, in the fall of 1950 a farm boy from Forestburg, AB also relocated to BC to work at a sawmill at Crescent Spur…two miles away from Loos. Lindy and Irna met at a mutual friend’s house and on July 12, 1952 they were married at White Rock, BC. Their honeymoon was a trip to the U.S and then they returned to the family farm at Forestburg. Irna taught at Galahad from 1952 to 1953. Sons Douglas and Donald were both born in 1954, Doug born January 28, and Don born December 16. Irna resumed teaching in Forestburg from 1962-63 and 1965-69, followed by over 20 years as the school librarian, from 1971-1992. While Irna ‘retired’ in 1992, this simply meant more time for her other jobs - tending her lawn, garden and flowers, feeding the farm workers every fall, reading, baking buns, knitting, and the church rummage sale. She was a major part of her grandchildren's lives, attending nearly all of their sporting events and school functions, encouraging them in their education and careers and spoiling her great-grandchildren with unlimited buns and ice cream (whether they ate their meal or not).

At Irna’s request a graveside service will occur at 2:00 pm on Monday, July 15, 2019 at the Fairview Cemetery, followed by a light lunch and visiting at the Hastings Coulee Hall.  Memorial donations in memory of Irna may be made to the charity of the donor’s choice.

The family would like to thank the Physicians, Nurses and support staff at the Daysland Health Care Centre who cared for Irna during her stay. Thank you to everyone who sent messages of condolence, your support is truly appreciated.

Share Your Memory of
Irna
Upload Your Memory View All Memories
Be the first to upload a memory!
Share A Memory