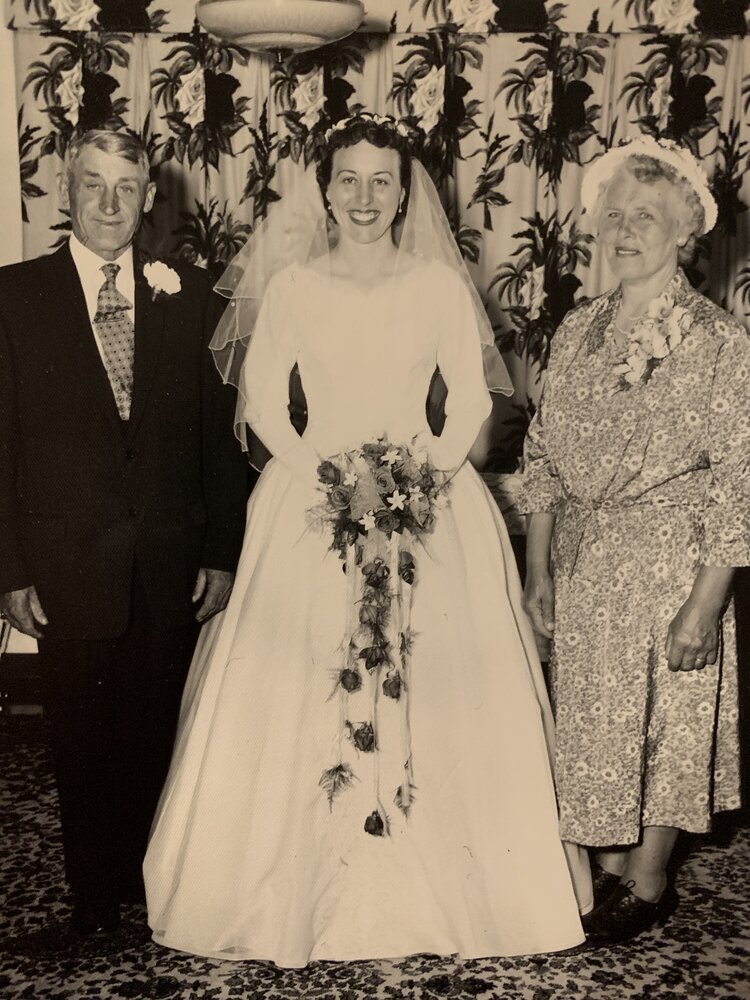 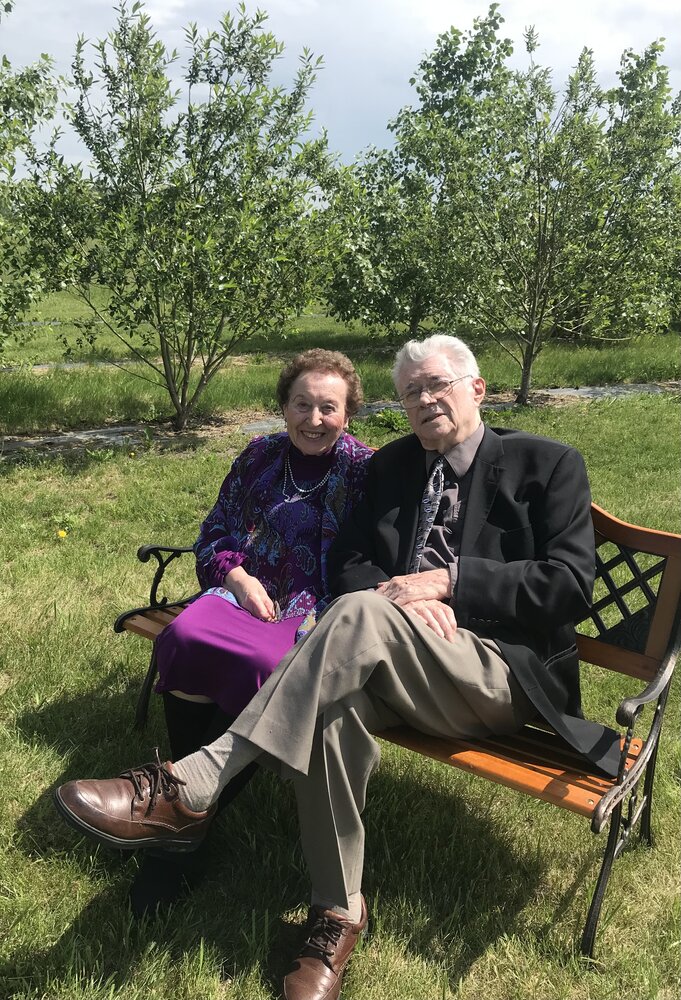 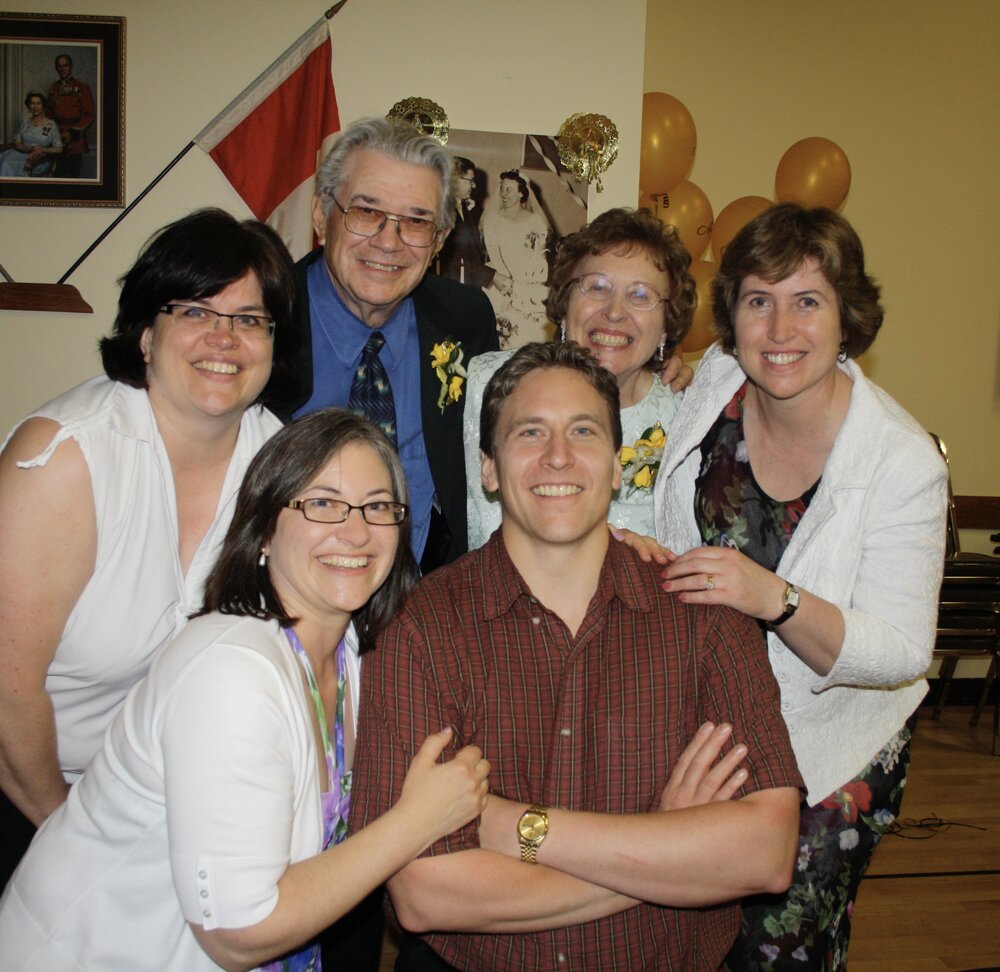 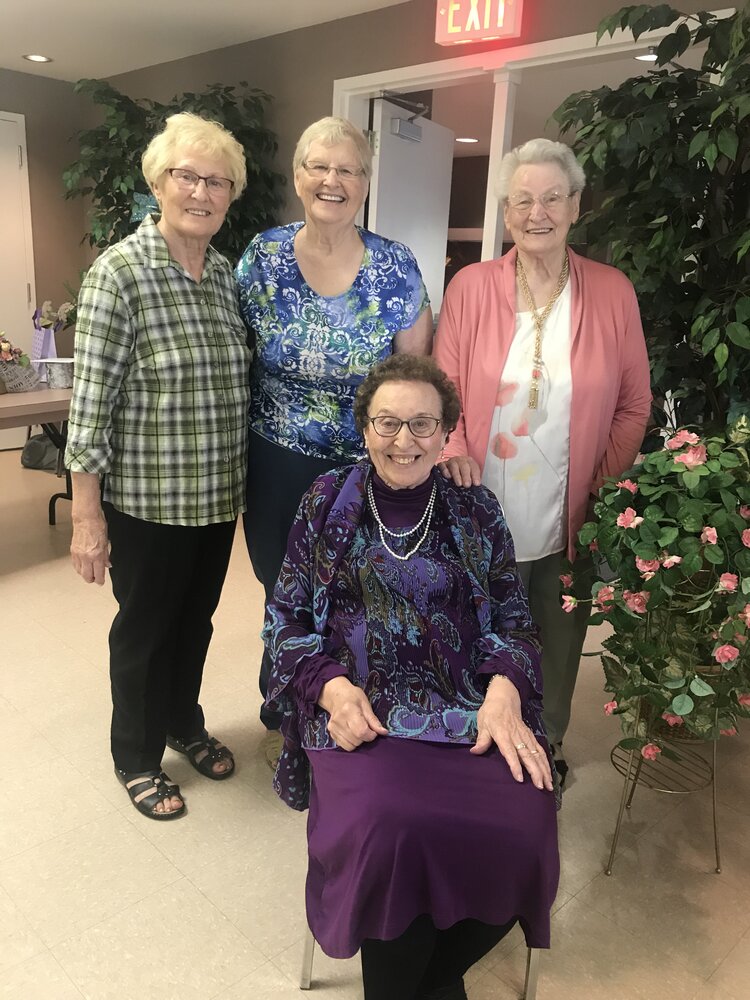 Please share a memory of Josephine to include in a keepsake book for family and friends.
View Tribute Book

Josephine Melanie George passed away at Points West Living Wainwright on June 24, 2022 at the age of 94 years.

Josephine was born July 11, 1927 to Mary and Victor Roch of Alliance, AB. She was the eldest of seven children and had two brothers and four sisters. Her faith and commitment for serving others grew as she took on responsibilities at home and in the church. She accepted the role of secretary for the Catholic Women’s League (CWL) at the age of 16, on the request of her mother.  The commitment to CWL continued all her life and she received recognition for 75 years as a member and the Bellelle Guerin award.

As a young adult, she moved to Edmonton to obtain a college degree in business. She worked for Canada Packers in the accounting department. She continued her passion for serving others by volunteering at the Marian Center and joining the Young Christian Workers. With this group, she travelled to Europe in 1957, which included an audience with Pope Pius XII.

Josephine married Ernie George from Killam, AB on June 6, 1959. They had four children: Angela, Dianne, Pamela, and Darwin. The family moved to several places in Alberta starting in Wainwright eventually moving to Carstairs, Thorsby, Calgary and Lloydminster. In 1982 they moved to Ponoka where Ernie eventually retired.  In 2017, they moved into Providence Place, Daysland and then on to Points West Living in Wainwright in 2019.

Josephine had a great love and devotion to her family. She embraced her role as a mom, grandma, and great-grandma with passion. She was an excellent homemaker and many people enjoyed her cooking, baking, and hospitality. Josephine took pride in her garden and beautiful flowerbeds.  Her selflessness was evident when she accepted requests to care for children, or help others in need. She was also a member of other service groups including: Pro-life, Hospital Auxiliary, Girl Guides, Welcome Wagon and she was involved in pastoral care, catechism and other ministries of the church.

Josephine travelled to many Marian apparition sites in Europe including Lourdes, Fatima, Medjugorje and Banneux. Dad travelled with Mom to Mexico, which included a visit to Our Lady of Guadalupe. As well, they made memories on their trips to Rome, England and Belgium. Mom especially loved visiting with her cousins in Belgium.

Josephine was predeceased by her parents, her siblings Francis, Rose, and Remy.

In memory of Josephine, donations may be made to the Alzheimer Society of Alberta/NWT, the Pregnancy Care Canada (Red Deer) or the Marian Centre (Edmonton).

A funeral Mass will be celebrated on Thursday, July 7, 2022 at 1:00 pm at St. Joseph Catholic Church in Killam, Alberta.

Share Your Memory of
Josephine
Upload Your Memory View All Memories
Be the first to upload a memory!
Share A Memory