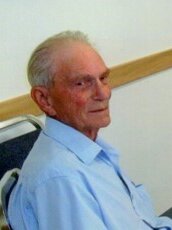 Please share a memory of Francis to include in a keepsake book for family and friends.
View Tribute Book
Francis Orville Bovencamp was born October 2, 1936, in Wainwright and passed away on March 23, 2022, at the age of 85 years. The fourth child of Dolly and Jack Bovencamp, he lived his entire life on the family farm. He took over the family farm at the age of 18 and farmed with his brother Robert until 1984. He then went into carpentry until 1997. He also enjoyed curling, fishing, camping, looking for rocks, woodworking and building birdhouses. Francis fought a long battle with four different types of cancer over the last twenty-five years of his life. Francis was a devoted husband, father and grandfather. Francis is survived by his wife Lorna, daughter Vera Minchau (Tony), son Wayne; four grandchildren: Teri (Travis), Lincoln, Alex and Zach, three great-grandchildren: Tommy, Amelia and Alysa, his sister Wilma Richardson (Ken), brother-in-law Ole Lundle and multiple nieces and nephews. He was predeceased by his brother Robert, sister-in-law Shirley, two sisters Viola Lukion and husband Jim and Phyllis Lundle. A funeral service will be held at the Lougheed Community Hall on Wednesday, March 30th at 2:00 p.m. Memorial donations in memory of Francis may be made to the Lougheed Museum or the Alberta Cancer Foundation.

Share Your Memory of
Francis
Upload Your Memory View All Memories
Be the first to upload a memory!
Share A Memory