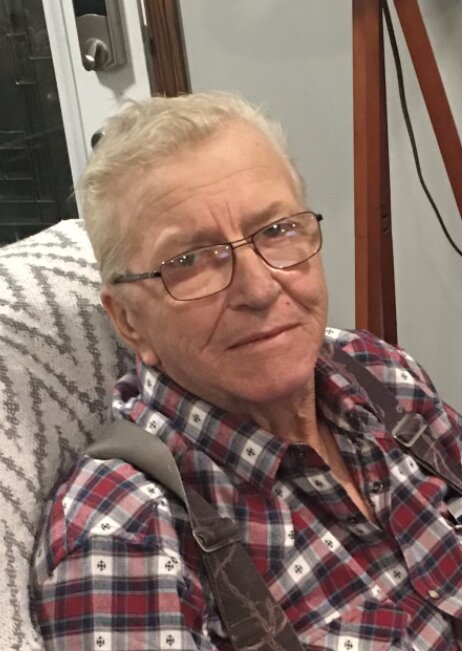 Please share a memory of Ken to include in a keepsake book for family and friends.
View Tribute Book
Kenneth Dale Borgel of Killam, AB was born on February 2, 1949 and passed away on March 12, 2022 at the age of 73 years with family by his side. Ken leaves to mourn, his wife, Darlene, of 51 years; their children Dan (Karla), Brad (Kim), Cindy (Vernan), and David (Vanessa); 7 grandchildren Trytin, Aidan, Isabelle, Halle, Liberty, Aspen and DJ; brothers Lyle (Connie), Wade (Sandy); sisters Patsy (John) Wiedman and Pam (Les) Allan; sisters-in-law Gloria (Ralph) Bimm and Kathy (Wes) Fletcher; mother-in-law Irene Sieppert; and numerous nieces, nephews and friends. Ken was predeceased by his parents Clarence and Viola; step mother Shirley; brother Daniel; father-in-law Walter and brother-in-law Dale. Ken grew up on the family homestead north of Killam, where he spent many hours riding horses and working on the farm. At around the age of 20 years, Ken decided to take a chance on the oilfield, which took him to his retirement at the age of 60 years. Ken married Darlene Sieppert on February 27, 1971 and they just recently celebrated their 51st anniversary. Ken and Darlene purchased their home in the Town of Killam in 1977, where they raised their four children and developed many lasting friendships. Ken particularly enjoyed camping and fishing with his family and many friends. Many of the family’s summer vacations were spent at Bourque Lake, a favourite spot of Ken’s. The family would like to thank all those who have reached out over the last few days, sending sympathies and well wishes, flowers, food, cards, etc. Ken will be missed. To honour Ken’s wishes, a small private service will take place at a later date.

Share Your Memory of
Ken
Upload Your Memory View All Memories
Be the first to upload a memory!
Share A Memory