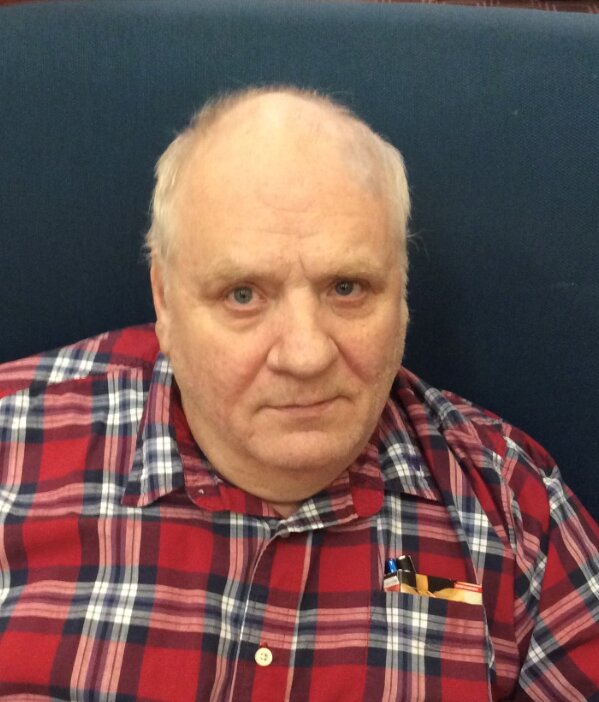 Please share a memory of Russel to include in a keepsake book for family and friends.
View Tribute Book
Russel Douglas Holben was born to Arthur “Shirley” and Lorene Holben on January 26, 1954 in Galahad. He passed away, due to cancer, on February 9, 2022 at the Louise Jensen Centre in Camrose at the age of 68. Russel was predeceased by his parents Arthur “Shirley and Lorene, and his brother Edgar. Left to cherish Russel’s memory are his sisters, Jane Nelson, Marilyn Holben, brother Darrin (Cheryl) Holben, four nieces and nephews, Kayley (Mike) MacMillan, Eric (Tara) Nelson, Logan Holben and Raegan Holben, one great niece, Holly Nelson and one great nephew, Joey Nelson, as well as one aunt, Connie (Bob) Reid, many cousins, relatives and friends. Russel was a very visual and hands-on student. However, he struggled with the academic part of school. He greatly enjoyed sports. He mostly enjoyed announcing, keeping score, and umpiring. He loved a good joke and got a charge out of playing pranks on people as well as being pranked. Russel was truly a person who never met a stranger. To him everyone was a friend. He had a gift of being able to talk to anybody, anywhere. He was also willing to lend a helping hand whenever needed. Russel especially enjoyed helping his father with the funeral home business. Russel belonged to the Elks and the Legion, with both were a very big part of his life. Russel was a licensed auctioneer and could sing the auctioneer song perfectly. His love for his family was truly heart felt and he would always ask how his nieces, nephews and great niece and nephew were doing. He valued the friendships he had developed over the years. He will always be loved and deeply missed. Memorial donations in memory of Russel may be made to the Alberta Cancer Foundation, the Galahad Cemetery or a charity of the donor's choice.

Share Your Memory of
Russel
Upload Your Memory View All Memories
Be the first to upload a memory!
Share A Memory