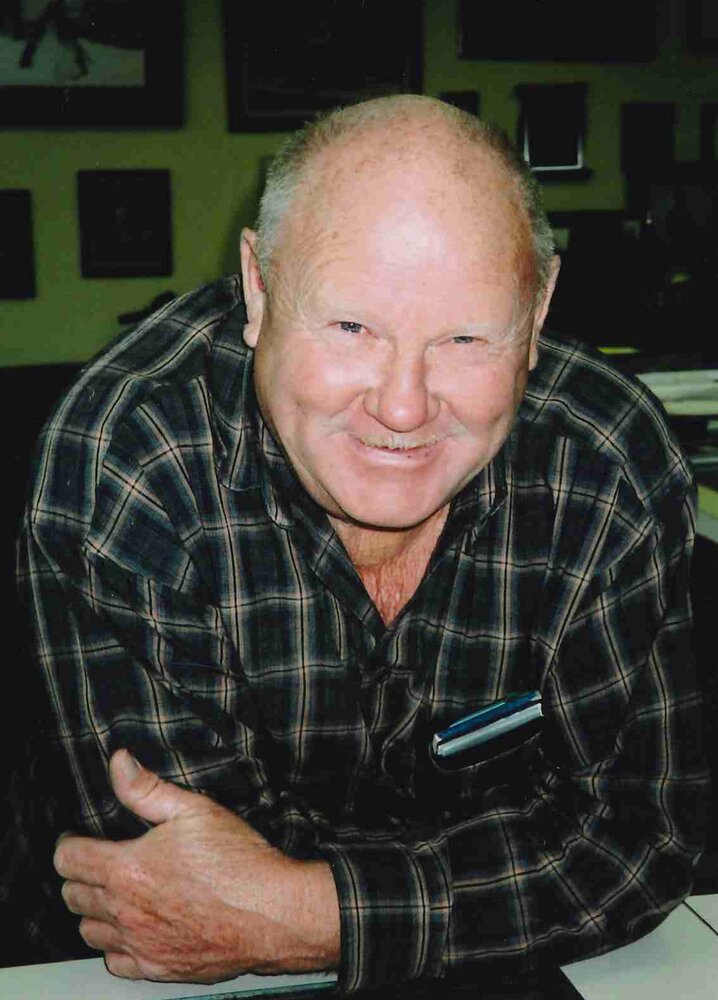 Please share a memory of Fred to include in a keepsake book for family and friends.
View Tribute Book
Fred Wilson was born November 11, 1938 in Edmonton, Alberta to Frank and Ada Wilson. He was the youngest of four children, Elsie, Doug and Helen. He went to school in Killam, Sedgewick and Vermillion College for Agriculture. He graduated with honours in spite of his mother’s passing the week before finals. In 1962 he married Carol Weeks and together they had five children; Fran, Lee, Fritz, Heather (predeceased at birth) and Colleen. He loved driving horses and as a child even harnessed up chickens and dogs. Showing cattle was also a passion of his; he prided himself in showing cattle in Vermillion, Edmonton, Calgary and Toronto. Fred and Carol were both very involved in the kid’s 4-H horse, beef and sewing clubs. In later years you could see Fred and Carol driving around, stopping at any and every coffee shop. He is survived by his wife, Carol; his kids and their families; Fran and Darrell Coates; Lee and Dawn Wilson, Ty and Ariel Wilson (Ames, Arron and Summer), Dakota and Bobby Hunker (Nash, Jameson, Maverick), Jaelayne and Loren Jacobs (Colt and Jensen); Fred Jr Wilson and Jannette Conway, Austin and Kayla, Denton and Dalton; Colleen and Ken Starzko, Robyn and Deandre Heath (Attalia), Tommy and Kennedy Wilson and Brooke. He was a guy you could really love or really hate, usually multiple times in the same day! Fred died at home on Saturday, January 15th just the way he wanted. In spite of losing his license, he never lost his driving privileges!!! We would like to thank Dr. Hanton, all staff at Killam Health Care Centre and Killam Medical Clinic for putting up with Pappy all these years!

Share Your Memory of
Fred
Upload Your Memory View All Memories
Be the first to upload a memory!
Share A Memory