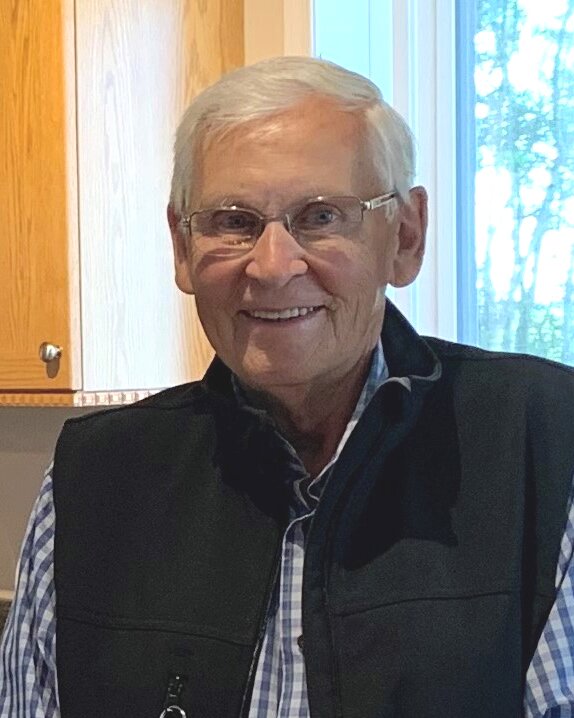 Please share a memory of Bill to include in a keepsake book for family and friends.
View Tribute Book
WILLIAM (BILL) JOHN AUBURN was born to Errie and Susie Auburn in Killam, Alberta on July 11, 1942 and passed away peacefully in his home with his family by his side on January 7, 2022 at the age of 79 years. In 1969, Bill married Karen Sprague of Strome. They had 3 children. Bill attended Strome and Daysland school. He attended SAIT and achieved his apprenticeship as an automotive mechanic. He worked at the Bennett Dam and Mica Dam in B.C. He left B.C to continue his automotive mechanics locally to be closer to home. He spent most of his career at Block’s Garage Ford Dealership in Daysland. Then went to Daysland Auto & Farm until he retired. Bill, along with his brother Donald talked every night to each other, and were always on a project together. The graph paper was always out with them planning, designing and fabricating. Bill enjoyed packing up with his family on a Friday night after work and had no problem driving long distances to enjoy a weekend camping and fishing, making memories with family and friends. He looked forward to the fall hunting season packing up his gear for his annual hunting trip up North with the hunting gang. Bill loved horses and often you would find him saddling a horse up to give rides. In the winter he would harness up a team for sleigh rides. He also enjoyed his horse pack trips to the mountains at the Ya Ha Tinda Ranch. On April 12,1997, our family was hit with a tragic loss. We lost our Son, our Brother, our Uncle—Darren. Family was very important to him, he came from a small family. Having one brother, to marrying Karen and extending with nine more brother and sisters. A joke was often made that Bill married Karen to have more siblings. Bill is survived by his wife Karen, daughter Carolyn (Morris) Shihinski, daughter Deanne (Mark) Prymo, four grandchildren: Clinton (Shanice) Shihinski, Jaelyn Shihinski, Nolan Prymo, and Kiera Prymo. Bill was predeceased by his son Darren, his parents Errie and Susie, and his brother Donald. A private service will be held at a later date. Memorial donations in memory of Bill may be made to: Rosevale Cemetery – Strome or to a charity of the donor's choice. The family would like to Thank Dr. Scott North from the Cross Cancer Institute, Palliative Care Team, Homecare nurses Team 3, and all our family and friends for all your care and compassion for Bill.