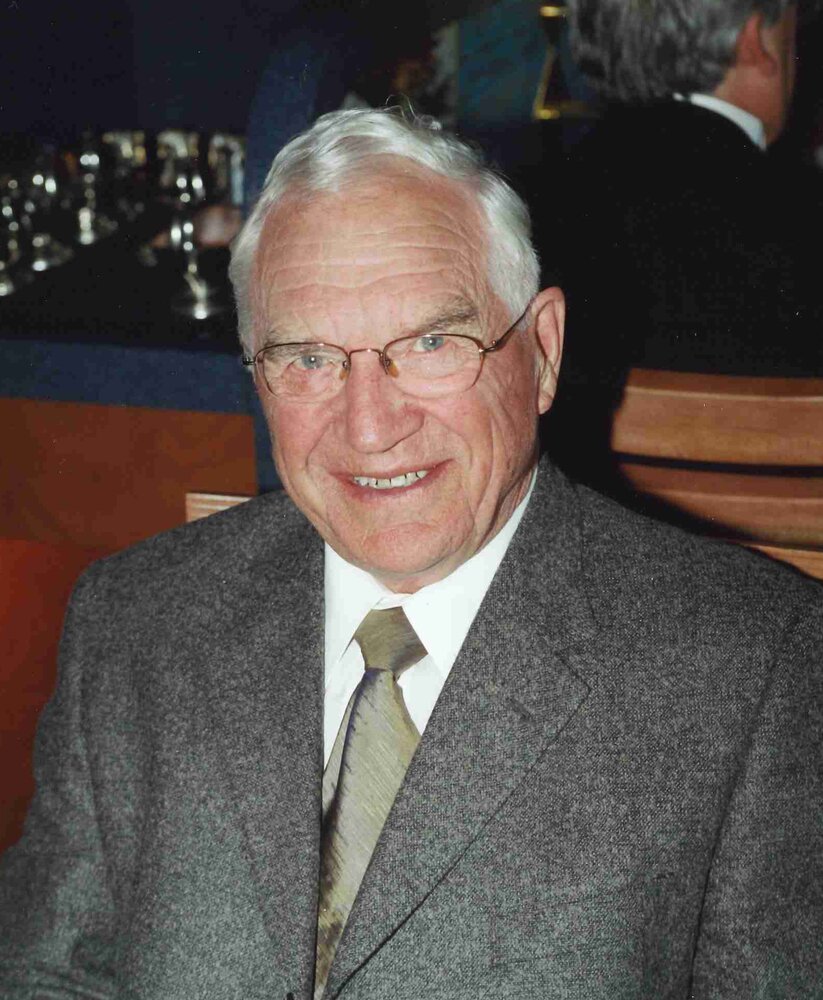 Edward Joseph (EJ) Blaeser was born March 29, 1928 to Leonard and Barbara (Ludgen) Blaeser in Heisler, Alberta. EJ passed away Tuesday, December 21 at Daysland Hospital with his family by his side. EJ is survived by his loving wife of 70 years Margaret (George) Blaeser; children Perry (Jerry) Blaeser, Willa (Darrell) Schwab, and Len (Susan) Blaeser; his grandchildren Courtney (Tyler) Blaeser, Dane (Ashley) Blaeser, Sam (Katie) Schwab and Leah Blaeser; great-grandchildren Dallas Blaeser and Bradlie Blaeser; his brother Ray (Dianne) Blaeser and numerous nieces and nephews. He was predeceased by his son Tim Blaeser; grandsons Peter John Blaeser, Andrew Schwab and Craig Blaeser; parents Leonard and Barbara Blaeser and sister Laverne (John) Borgel. EJ was a cattle and grain farmer north of Killam, he retired in 1990 to Killam. In 1996 they moved to Canmore until 2020 when they moved to Providence Place in Daysland, Alberta. His life revolved around his family. Travelling with friends, sports and crib were his favourite past times. He will be sadly missed by family and all that knew and loved him. A family funeral will be held at a later date. Any donations can be made to the Alberta Cancer Foundation or the Killam Cemetery.

Share Your Memory of
EJ
Upload Your Memory View All Memories
Be the first to upload a memory!