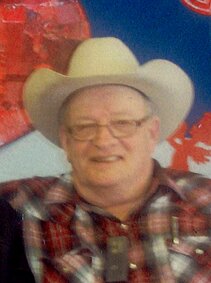 Print
Loading...
W
Wayne Bos posted a condolence
We met Terry circa 1983 when a Christian Coffee house was in Sedgewick. From then he became a constant friend. My mother was "true country" and loved the Christian Cowboy meetings. When Gloria passed I told him I was sorry. He replied "well, don't be." I suspect he would say something similar about himself. We have such a wonderful hope in Jesus and ultimately the sorrys fade away in the light of heaven.
Please wait
Share Comment
M
Marian Fischer posted a condolence
Maxine - I read the message of Terry Leslie’s passing away and notice he has a sister called Maxine. In 1957-8 I went to U of A with a Maxine and wondering if this was you. If so my phone number is 780 842 4632 but going away for Christmas and won’t be back until January 9th. If not the same Maxine my sympathy to the Leslie family always hard to have a love pass especially at Christmas time and Covid. Marian Smallwood Fischer
Please wait
Share Comment
L
Lorna Hendricks posted a condolence
We met up with Terry and Gloria at a Christian Cowboy Supper at Sedgwick in 1982. From that night, have been friends ever since, became part of the Ministry and never looked back. He became our Manager, and had us on the Road for thirty seven years. Terry did the Preaching and we filled in with the music. Time caught up with us and we retired from going out two years ago. One of the recitations that Lee used to quote before calling Terry up, ended with the line, “ And he’ll be a Cowboy till he dies”, and that he was!
Please wait
Share Comment
I
Irene lit a candle
//s3.amazonaws.com/skins.funeraltechweb.com/tribute-gestures/Candle2.png

Condolences to the family of Terry Leslie a wonderful friend and coworkers. An amazing cowboy John Wayne as I called him. You will be greatly missed
Please wait
Share Comment
E
Elin Jacobson posted a condolence
So sorry for your loss. My thoughts & prayers are with you Elin (Eldey) Jacobson
Please wait
Share Comment
J
Jeff murray lit a candle
//s3.amazonaws.com/skins.funeraltechweb.com/tribute-gestures/Candle.png

I am sorry about your loss Terry was such a great guy very old school I think that’s why we got along so well. I can still remember the day I fist met him at the action mark in killam when I worked there he use to bug me every time in his gruff old way but I new he laughed every time when he walked away lol I was supposed to come visit but my pipe line work keeps me away all the time I was hoping in the spring to come visit it truly breaks my heart that it won’t happen now I looked up to Terry he was very good to me I will miss him again sorry for your great loss.
Please wait
Share Comment
T
The family of Terry Leslie uploaded a photo
/tribute-images/1723/Ultra/Terry-Leslie.jpg

Share Your Memory of
Terry
Upload Your Memory View All Memories
Be the first to upload a memory!
Share A Memory