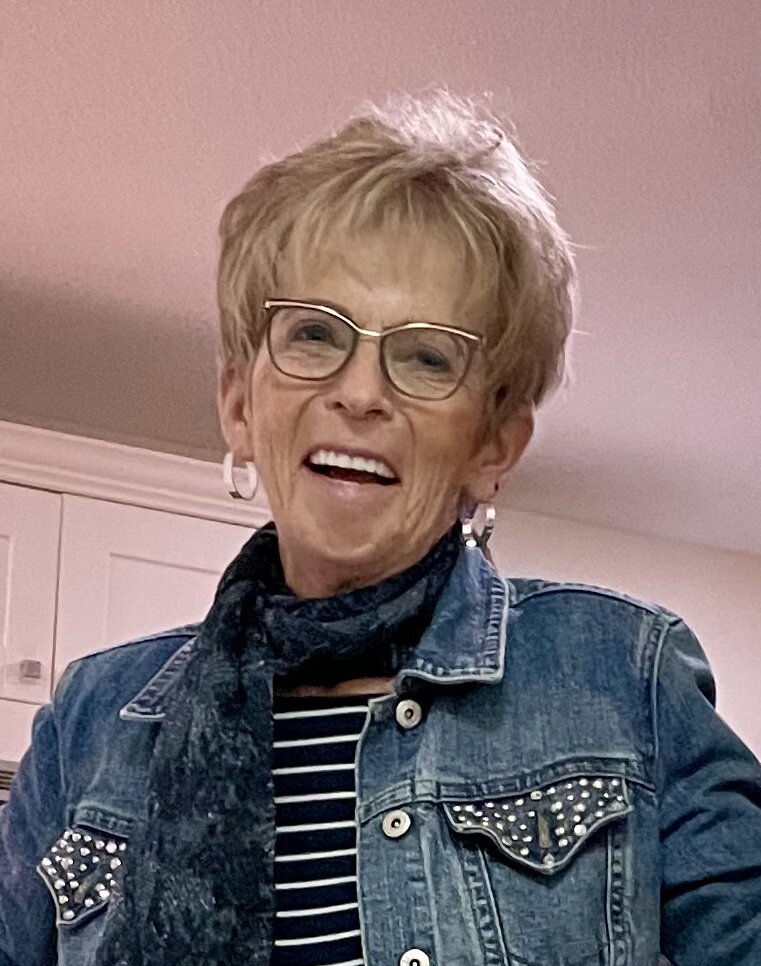 Please share a memory of June to include in a keepsake book for family and friends.
View Tribute Book

June was the second daughter in her family. She had an older sister Bev and younger siblings to follow was Bobby, Jack, Craig and Hilma Sue. From a young age June was a care giver at heart. Working and babysitting her siblings was a natural for her. She grew up in Killam attending grade school and then high school at Central High in Sedgewick. Along the way June started friendships there that would last her lifetime!

October 10th, 1970, June married Bruce Gair and in May of 1972 their first daughter Bea-Jae was born and in July of 1975 a son Dallas was to complete their little family. June’s passion was recreation. Over her life she managed a handful of recreation facilities and met so many wonderful people along the way. She developed many strong friendships at each new job. She took her career to levels others would never dare try. June had such a determination and drive and hardly took no for an answer. While working she always kept her family first. Anything her kids needed she was there, no matter what or when. With each grandchild that came along she made time for them in her own Gramma June style, from a special-colored drinking cups, making them famous Swedish crepes, sewing for them, taking them swimming, downhill skiing, hot tub fun, shopping at Value Village, golfing or just have them over for Gramma June time. Not only was she Gramma June to her biological ones but anyone she met she loved them to call her their “Gramma June” too. She was always checking in and making sure everyone was okay. She made her home in Red Deer and loved her little house doing project after project to make the house as cute as it could be (and then some). After June retired there were a few health scares for her. She was a two-time stroke survivor. She let nothing get her down completely. She made it through hurdle after hurdle. She was one of the most resilient, bounce back, strong willed people around. She loved hard and gave to her family, her friends, her co-workers, her community and even strangers just a sense of “I will take care of you, and I’ll be there for you” demeanor. She was a woman who try to and seemed to just do it all. After her two strokes she continued to go and go hard. She loved to sew, golf, hike, downhill ski, swim, horseback riding, playing crib, camp, and dance. She never turned down anyone asking for help. She made the time because she valued people. June always said “Bye for now” because she never liked a goodbye, and it always had an I love you with every single phone call or text. For her grandchildren they will forever remember her for “Who Loves You”.

There are so many things June was, there aren’t enough words in the dictionary to describe her. This world lost a soul and spirit that can never be replaced or forgotten.

June was predeceased by her dad Len in September 2000, her mom Jane in August 2020, her younger brother Bobby in January 1954. They are now reunited as a family.

A Celebration of life for June will be held on Friday August 5, 2022 at 2:30 pm at the Killam Community Hall on main street Killam.

Memorial donations can be made to the Heart and Stroke foundation, Killam Cemetery, or the donation your choice.

Share Your Memory of
June
Upload Your Memory View All Memories
Be the first to upload a memory!
Share A Memory