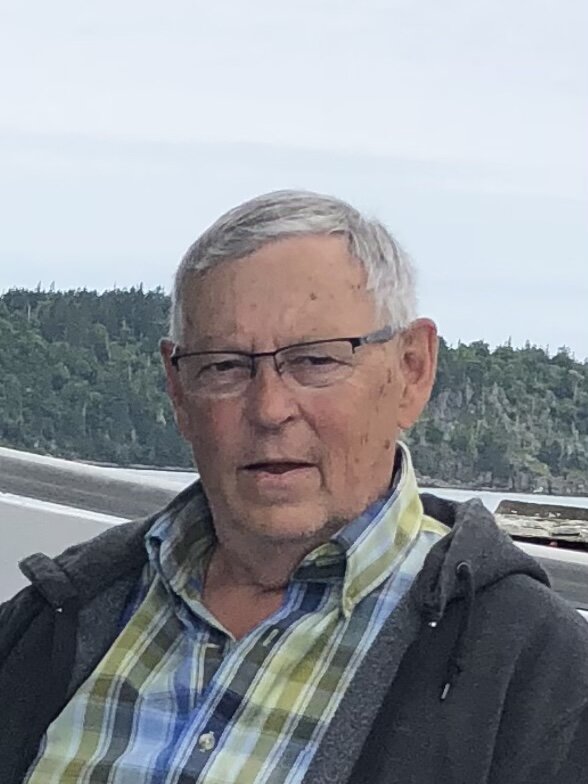 Please share a memory of Vic to include in a keepsake book for family and friends.
View Tribute Book
Victor George Morrison passed away peacefully on Oct. 11, 2021 after a courageous battle with Cancer of almost 14 years. He was born Oct. 28, 1946 to Albert Victor and Dora (Pitts) of Shellmouth, Manitoba. Victor was predeceased by his father in 1974 and mother in 2000. He is lovingly remembered by his daughters Melody (Sean) Sheedy and Tracey (Jeffrey) Wilson along with their children Joshua (Jarilee) Wilson; Torin Sheedy; Hayden Wilson; Tiffany Sheedy and Hailey Wilson. His only brother Garry (Cheryl) Morrison; numerous nieces and nephews; along with cherished exchange students hosted over the years. He was an avid curler from a very young age starting back in Shellmouth, Manitoba and he loved to bowl and it showed with his high scoring awards (a perfect score). He loved spending his time with his daughters and grandchildren; he loved to spend time with them and making memories whether it was a cold hockey rink; at a dance competition or recital or be it a 4H function. He loved to travel with his family on father/daughter trips to Las Vegas; along with trips to Mexico, Antigua, Jamaica and a trip to Canada’s East Coast which was a lifelong goal. Victor was born and raised in Shellmouth, Manitoba and always shared many stories with his family over the years of the day’s past. He dabbled with working on the CN Railway and mining but found his passion with Federated Co-op as a grocery manager where he worked for 37 years. He started his career in Russell, Manitoba as a butcher by trade and made homes in Coronach, Melville and Buchanan, SK. before settling in Sedgewick, Alberta in 1986 where he continued working with the Co-op until his retirement in 2006. In 1991 he got recognition of Grocery Manager of the Year from Federated Co-op. He was an avid gardener and teaching his daughter(s) his cooking tips and tricks. He was famous for his cabbage rolls by many who knew him. Victor loved to joke and tease and had a keen sense of humour. Victor’s family would like to express heartfelt thanks and gratitude to Dr. Rami Abu-Zeidan and Dr. Tim Hanton and the staff at the Killam Long Term Care Facility for their compassionate care they showed him in the short time he spent with them. Memorial donations in memory of Victor may be made to Killam Long Term Facility or the Canadian Cancer Society. No service will be held; the family will have a private service taking him home to Shellmouth, Manitoba to be with his parents.

Share Your Memory of
Vic
Upload Your Memory View All Memories
Be the first to upload a memory!
Share A Memory