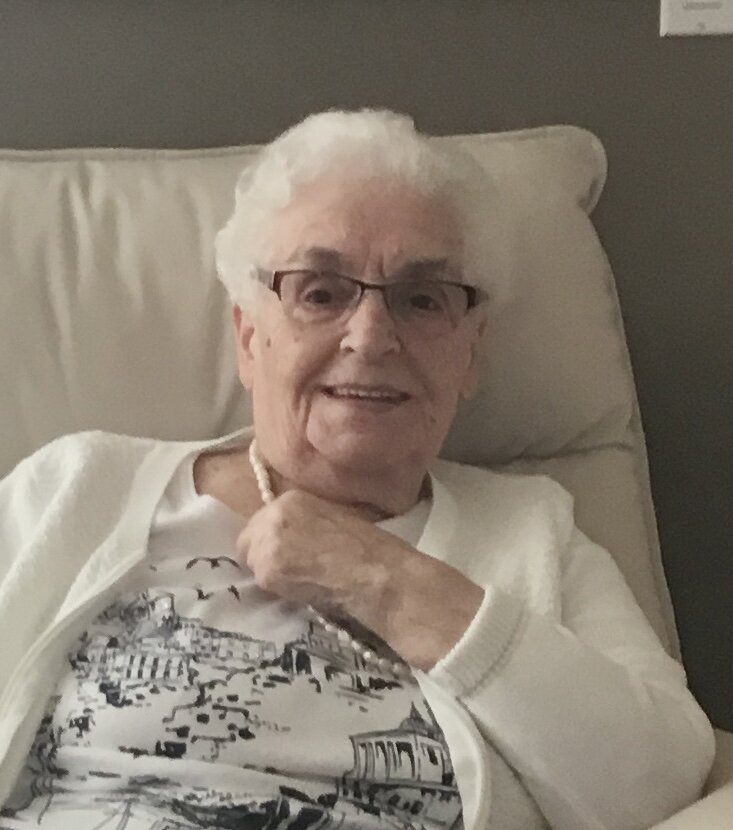 Please share a memory of Alice to include in a keepsake book for family and friends.
View Tribute Book
On August 24, 2021, Alice Bible passed away at the age of 90 years old. Alice was born in Waterford Ireland on January 13, 1931, to Ma and Martin Fanning. Alice married John Bible on October 12, 1949. They had 2 children; a son Robert and daughter Annette before immigrating to Canada in 1955. Alice and John had another son Gerry soon after arriving in Canada. Alice worked at the Killam hospital until she retired after many years of service. Alice spent her time volunteering at St. Joseph Catholic Church as well as sewing. John and Alice would always manage to get out camping and fishing during the summer months, as well as numerous trips back to Ireland to visit family and friends. Alice will greatly be missed by friends and family. Alice is survived brother Mickey Fanning, two sons Robert and Gerry and daughter Annette (George Smolski) along with five grand children Darren (Sheena Koehli), Sherice (Arlie Frolick), Jason, John, Tammy (Bruce Busenius) and eight great grandchildren Jayden, Tayz, Hunter, Jayce, Braden, Kaily, Mathew and Patrick. Alice was predeceased by her parents, loving husband John, brothers Sonny, Billy and sisters May and Margo. Special thanks go out to staff at long term care at Killam hospital as well to Father Danial Dsouza and Fee & Sons.

Share Your Memory of
Alice
Upload Your Memory View All Memories
Be the first to upload a memory!
Share A Memory