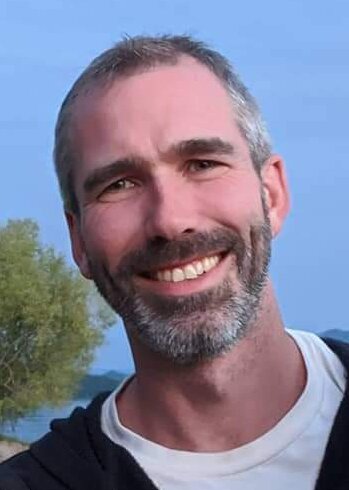 Please share a memory of Mike to include in a keepsake book for family and friends.
View Tribute Book
The family of Michael James Huddlestone are devastated to announce the sudden passing of their loved one on August 13, 2021 at the age of 38 years. Mike is survived by his wife Natalee, his children Baylee and Masyn, his mother and father Cindy and Jim Huddlestone, his brother Jordan, nieces Paige and Zoey, his brother Dean (Lacey), niece Ava and nephew Ben, and brother Danny Huddlestone, and countless cousins, aunties, uncles and friends. Mike was predeceased by his maternal grandparents Leonard and Darlene Smith, paternal grandparent Melvin and Marjory Huddlestone, and his cousin Benjamin Herda. Mike was a hero in his community. He worked incredibly hard to ensure that everything he did was done well. He learned from his father Jim, some of his favourite memories were going to work with his dad. His work ethic and compassion were unmatched. Whether it was in plumbing, or just helping a friend, Mike gave himself completely to each job, treating each customer as though they were a lifelong friend or family member. Mikes greatest accomplishment was his family. He was married nearly 15 years to his high school sweetheart and love of his life, Natalee, a relationship which gave Mike his greatest joy, his children Baylee and Masyn. He was a proud father, and loved his kids more than anything in his world. To honour Mike's life, in lieu of flowers, please consider donating to the Canadian Mental Health Association. (500-250 Dundas Street West Toronto, ON M5T 2Z5) The family would like to thank the Killam RCMP, Iron Creek Flying Club, and friends far and wide who tried to help us find Mike. Your efforts and thoughts for our family have comforted us, and we thank you from the bottoms of our hearts. A celebration of Mike's life will be held on Monday, August 23 at 2:00 p.m. at the Sedgewick Community Hall. If you have a story or musical contribution you would like to share, there will be an open mic for friends and family to express their memories of Mike.

Share Your Memory of
Mike
Upload Your Memory View All Memories
Be the first to upload a memory!
Share A Memory