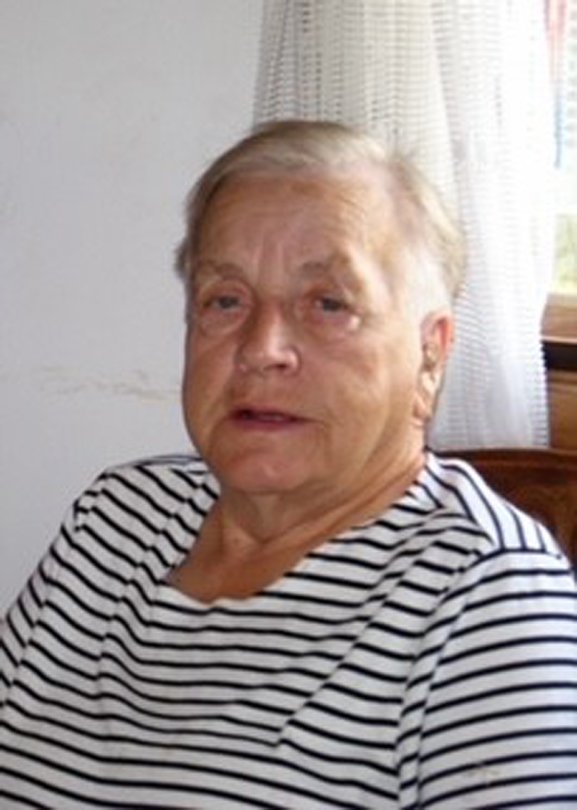 Please share a memory of Ida to include in a keepsake book for family and friends.
View Tribute Book
Our mother Ida Cornelia Vincett was born in the St Joseph’s Hospital in Galahad, Alberta on February 2, 1929. She was the first of two children born to Onno Jan and Hilda van Griethuizen. She and her brother, Peter were very close and attended the Norwood School from grades 1 to 9. In June 1939, her father Onno Jan passed away suddenly from a heart attack at the age of 44. She learned at a young age the workings of farm life by milking cows, raising chickens, turkeys, and hogs plus tending garden. Mom attended Central High School in Sedgewick by catching a bus on Hwy 36 on Monday mornings. She stayed at the dormitory during the week and came home every weekend to help out on the farm. After completing grade 12, she worked as a sales clerk for Ivor Fossen’s General Store in Forestburg for three years. On April 17, 1954 she married Walter Vincett of Galahad and together they ran a mixed farm. They began life together in a two roomed house and eventually needed to build a new home that was completed in 1959. They had five children. Howard, Cathy, Ken, Marvin and Joyce. Marvin passed away suddenly in April 1970 in a farm accident. She raised chickens for laying and butchering and ran her own business called the Quality Egg Farm. Year round, the eggs were sold to the neighbors, restaurants, stores, local hospital and motel. Summer holidays in July were spent butchering and selling fresh chicken. We milked cows and she collected the cream to sell to the creamery in Sedgewick and Donalda in exchange for fresh butter and cheese on the table. Mom made time for the Galahad Hospital Auxiliary and the Women’s Missionary Society. She learned to ski in the early 70’s and that gave our family a sport to enjoy on our weekends at the Valley Ski Club. Our parents enrolled all us kids into the Hastings Coulee 4H Beef Club. She became a member of the Killiam Ladies Bowling League, and later a member of the Galahad Floor Curling club and the Galahad Senior Citizens Friendship club. All the community involvement gave mom lifelong friends and a chance to visit our neighbors. Mom was always home and she was reliable and steady, organized and busy. She was a hard worker and could magically get it all done. She was a wonderful grandmother who showed her grandkids the skills of gardening during the summer. Vacations were challenging to get away, but our parents did eventually go to Holland to visit many of mom’s cousins. She loved that trip to experience Europe and realize that she had many connections with her own relations. She went again to Holland in 1994, this time with her daughter Cathy. They had a great time. She also flew to the West coast to visit Joyce’s family in Coquitlam, BC. Mom and Dad did smaller drives around Flagstaff County and usually ended up stopping to visit one of Dad’s siblings, friends or neighbors along the way. Walter passed away January 2001 and mom continued on the farm and eventually Uncle Peter moved in with her until he passed away November 2005. Mom’s next move was to the Forestburg Villa, from 2009 until 2014, and then to the Galahad Care Centre until June 1, 2021. She passed peacefully on Monday evening July 19, 2021 in the Hardisty Care Centre. Mom was completely deaf and she had learned to hear by reading your faces and watching body language. It became increasingly difficult to communicate and harder and harder for her to stay connected. She was a strong, loving and caring person. She was quiet, reserved and worked hard. Mom passed away peacefully in the Hardisty Care Centre on July 19, 2021 at the age of 92 years. She is survived by two sons Howard (Cindy) Vincett, and Ken (Nicki) Vincett of Galahad, Alberta; two daughters Catherine (Calvin) Patterson of Edmonton and Joyce (Russell) Watts of Coquitlam, B.C., five grandchildren; Evan (Andra-Lynn) Vincett, Steven Vincett, Dylan Vincett, Melissa Watts, Matthew Watts; two step – grandsons David Sanche, Brad Sanche; three great grandchildren Wyatt, Julia and Owen Vincett; one sister in law Mil Vincett, one brother in law Richard Vincett and numerous nieces and nephews. She was predeceased by her parents; her husband Walter Vincett; her son Marvin; her daughter in law Val; her brother Peter; Walter’s sisters, brothers and their spouses; numerous nieces and nephews. We the family want to take this opportunity to thank the doctors and staff at the Forestburg Villa, the Galahad Care Centre and the Hardisty Care Centre, who kindly cared for our Mother over the many years. A funeral service will be held at 1:00 p.m. on Monday, July 26, 2021 at the Galahad Agriplex with Reverend Stephen Haughland officiating. Family invitation to refreshments after the services. Memorial donations in memory of Ida may be made to the Canadian Diabetes Association or a charity of the donor’s choice.

Share Your Memory of
Ida
Upload Your Memory View All Memories
Be the first to upload a memory!
Share A Memory