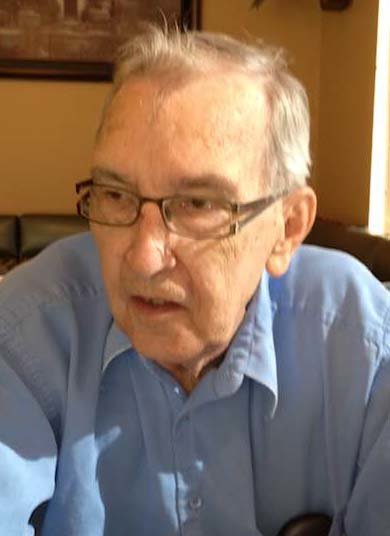 Please share a memory of Richard to include in a keepsake book for family and friends.
View Tribute Book
Richard Leo Conrad passed away June 24, 2021 at the age of 88. Richard was born September 9, 1932 in Vogler’s Cove, Nova Scotia. He was a member of the Royal Canadian Air Force for 24 years after which he was ordained to the Anglican Church where he served his Lord until his passing. Richard was a member of the Royal Canadian Legion – Branches #180 Lougheed, #65 Killam, and #55 Sedgewick. He devoted himself to many of the activities of the Legion. He was also involved with the Masonic Lodge. He was the Chaplain for the RCMP AB NWT Command. He worked effortlessly for the Killam Hospital Foundation. He is survived by his children Richard II, Terri (Joe), Kathy, and Bobby (Karen), 7 grandchildren, 10 great grandchildren, and 2 great great grandchildren, as well as his dear companion Stormy. He is also survived by numerous relatives in his beloved Nova Scotia, including four brothers: Gary, Lester, Wilson, Edward, and a sister Valerie. Richard is predeceased by 1 son, Robert Allan, his grandson Herman, and his beloved wife Doreen, as well as their loyal companion Ebony. At Richard’s request, there will be no services. Cremation has taken place. He will once again be joined with the love of his life Doreen in the Killam Cemetery. In lieu of flowers, donations can be made to the Royal Canadian Legion Dominion Command Poppy Trust Fund or the Edmonton Humane Society.

Share Your Memory of
Richard
Upload Your Memory View All Memories
Be the first to upload a memory!
Share A Memory