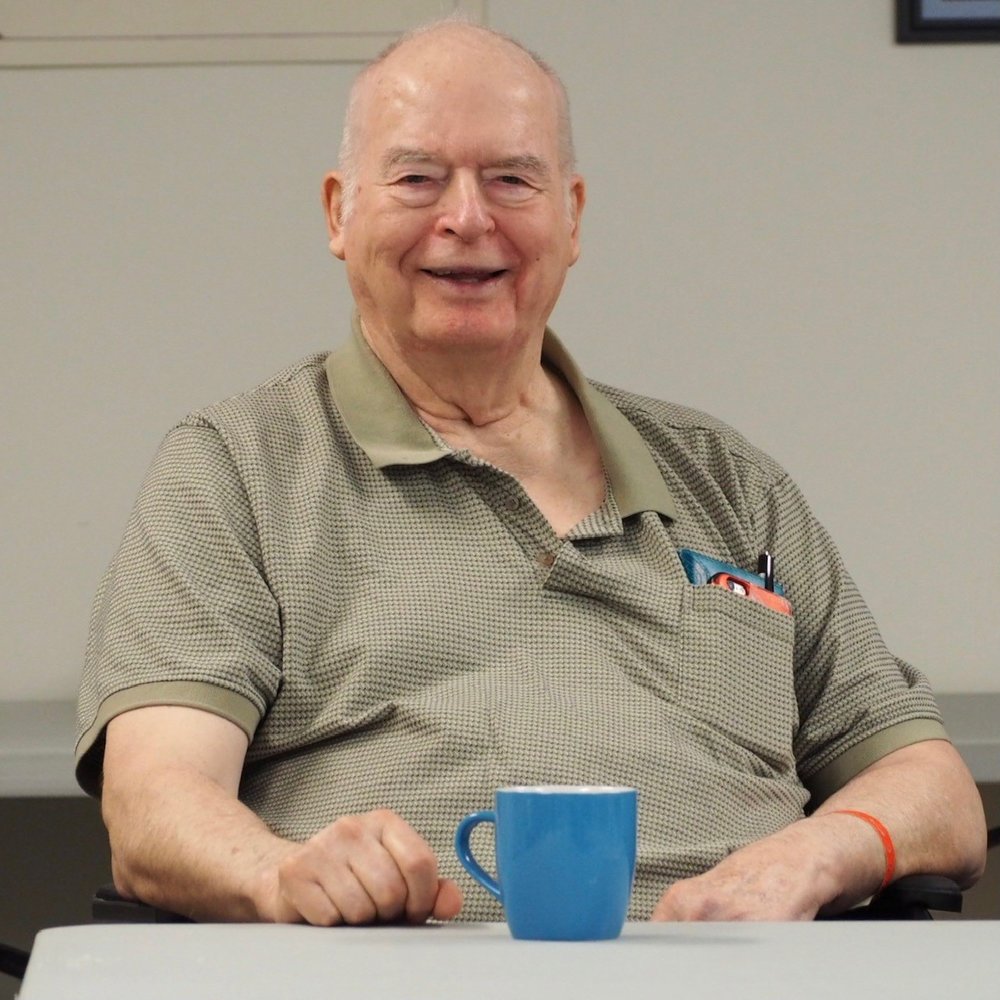 Please share a memory of Joe to include in a keepsake book for family and friends.
View Tribute Book
Joseph James Cameron passed away peacefully on June 9, 2021, at the Hardisty Health Centre, at the age of 81. He was laid to rest on June 18th at the Lougheed Cemetery. Joe was born on October 26, 1939 in the Galahad Hospital and was the first child of Duncan and Esther Cameron. The family later grew to include John (1941) and Elsie (1946). Shortly after Joe was born, Duncan and Esther purchased the homestead farm, south of Bellshill, from Esther’s father, where they resided until their retirement. Along with many of his cousins, Joe began his education at Dry Crossing School. When this school closed, he attended Science Hill School. His teacher, Lloyd Cameron (Duncan’s cousin), used his own car as a “school bus,” ensuring everyone got to school. When the school closed in 1952, Joe attended and eventually graduated from Central High Sedgewick Public School. It was during his youth that Joe became a Boy Scout and embraced their values and principles, using these as a compass to guide his way. After high school, Joe attended the Vermillion School of Agriculture and graduated in 1959. He worked a variety of jobs, including working in Trail, BC for a few years in the logging industry and as a window washer. It wasn’t long before the call of the prairies brought him back home. During this time, he honed his carpentry skills, working on many different projects with his dad and uncles. He eventually took over the family farm until his retirement as a Seed Grower. Joe was a man of vision and innovation. After a trip to Kansas for research, he was one of the first farmers in the area to begin zero-till farming. He was also a pioneer and the first to grow field peas in the 90’s. Joe’s first marriage was to Hetty, making him an instant father to three boys: David, Ed, and Scott. He then married Glenda and became a Dad to Myra and Courtney. Finally, at the age of 51, he welcomed his daughter, Heather, into the family. As a board member of the Canadian Seed Growers Association (and president of the Alberta branch for one term), he had the opportunity to attend conventions all across Canada and he loved to bring his family along. Joe was a man who served his community and was devoted to numerous associations. He was a board member of the Lougheed Seed Cleaning Plant and the Battle River Credit Union for 25 years, and he was a dedicated member of the Lougheed Lions Club, participating in many fundraisers and events. When he moved to Lougheed, he was honoured to become the Mayor and took all of his responsibilities very seriously. Joe also hosted annual Alzheimer’s Teas to raise funds for a cause he was passionate about. Joe loved nothing more than visiting with friends and family. He was delighted to provide a place for his “coffee crowd” and enjoyed debating and laughing with the group. The coffee was always on and the crib board was always ready. His favourite activities included bingo, whist drives, watching curling, attending church, and celebrating birthdays and holidays with friends and family. During the last 4.5 years of his life, Joe was no longer able to remain at home and, with grace, moved into long-term care. He never lost his sense of humour, nor did he ever feel sorry for himself. He was a shining inspiration to all who had the pleasure of knowing him. His love of life and his faith in God kept him strong. In the twilight of Joe’s life, he once again found love, and became engaged to a wonderful woman, Karen Lenton, on March 22, 2021. Joe wanted a big wedding, celebrating with all of his loved ones, but God had another plan for our “Gentle Giant.” Although it broke our hearts to say goodbye, we know he is now in the loving arms of the angels and our heavenly Father. Joe is survived by his fiance, Karen Lenton, daughters Heather, Courtney (Mike), Myra, sons David, Ed, and Scott, daughter-in-law Tracy, grandchildren Darien, Rebecca, Krystal (Will), Michael and Naomi, as well as five great grandchildren. The family would like to thank all of the staff at Hardisty Health Centre for the amazing care they provided Joe with. They went above and beyond to enrich his life while he was there and it gave us such peace of mind that he was surrounded by nurses and aides that felt like family to him, especially during the times visitation was limited for us. He got to experience kindness, compassion, and laughter daily and we cannot express how grateful we are; he deserved the best care and we know he received it. A service to celebrate Joe’s life will be held at the Church of the Nazarene in Sedgewick on Saturday, July 24th at 2:00 PM, with a reception to follow. We hope that everybody is able to attend at that time. In lieu of flowers, donations can be made to the Alzheimer Society of Canada.

Share Your Memory of
Joe
Upload Your Memory View All Memories
Be the first to upload a memory!
Share A Memory