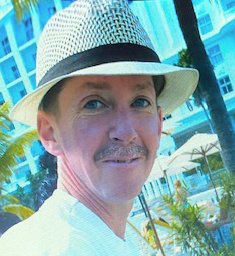 Please share a memory of Dean to include in a keepsake book for family and friends.
View Tribute Book
Dean George Windover February 28, 1963 - March 22, 2021 It is with the heaviest of hearts that we announce the passing of our dearest Dean, also known as Mr. Dean, Papa Dean and Deanie. He leaves behind his love and travelling companion Patti, stepson Giacomo, stepdaughter Angelina (Gary), granddaughters Justina, Natasha, Reigha, Mianna, and grandson Nicola. He will be fondly remembered by his brother Dave (Sue), sister Shelly, twin brother Dale (Debbie) as well as numerous aunts, uncles, nephews, nieces, cousins, and dearest friends. Also left to mourn are his children Micheal and Amber. While Dean was born in Ontario, he headed to Alberta immediately after graduating from high school. He challenged the Millwright provincial exam and aced it with flying colours. He became one of the best self-taught millwrights with an amazing work ethic and rarely encountered a problem he couldn't fix. Dean could fix everything from the lawnmower to the snowmobiles and loved being on the acreage with Patti. He spent the majority of his career at the Power Plant near Forestburg. If you had the good fortune of being someone Dean cared about, you would know how generous and giving he was. He never asked for anything in return but would love nothing more than for you to stop by and have a cold beer with him. Dean had the incredible gift of gab and could tell you stories and make you laugh the whole night through. Dean also earned the nickname Disco Dean and could really light up the dance floor. Dean and Patti travelled to many sun destinations from Mexico to Cuba and the Caribbean. The last several months Dean battled the most debilitating and terrible disease, ALS. Not once did he complain but only wondered why this happened to him. He remained positive and in good spirits until he was tired and closed his eyes, and is now at peace. We are all broken-hearted that we lost our Dean, but now may he fly with the angels above. Memorial donations in memory of Dean may be made to the ALS Society of Canada.

Share Your Memory of
Dean
Upload Your Memory View All Memories
Be the first to upload a memory!
Share A Memory